Lil Wayne Bounces Back, Performs At E3 After Hospitalization

Grammy-winning rapper Lil Wayne is back to his high-energy ways after performing Wednesday (June 15) at the annual Electronic Entertainment Expo (E3).

The rapper and Samsung pitchman performed at the company’s booth inside the Los Angeles Convention Center. He delivered such songs as “John” and “No Ceiling” as six skateboarders did tricks behind him on a half-pipe stage. The rapper showed no signs of fatigue at E3. After the brief performance, he weaved past the crowd and appeared on a live stream at Twitch’s booth to promote his mobile skateboarding game, “Sqvad Up.” (Seattle Times)

Wayne jumped onto Twitter Tuesday (June 14) to respond to concerned supporters about his hospitalization. 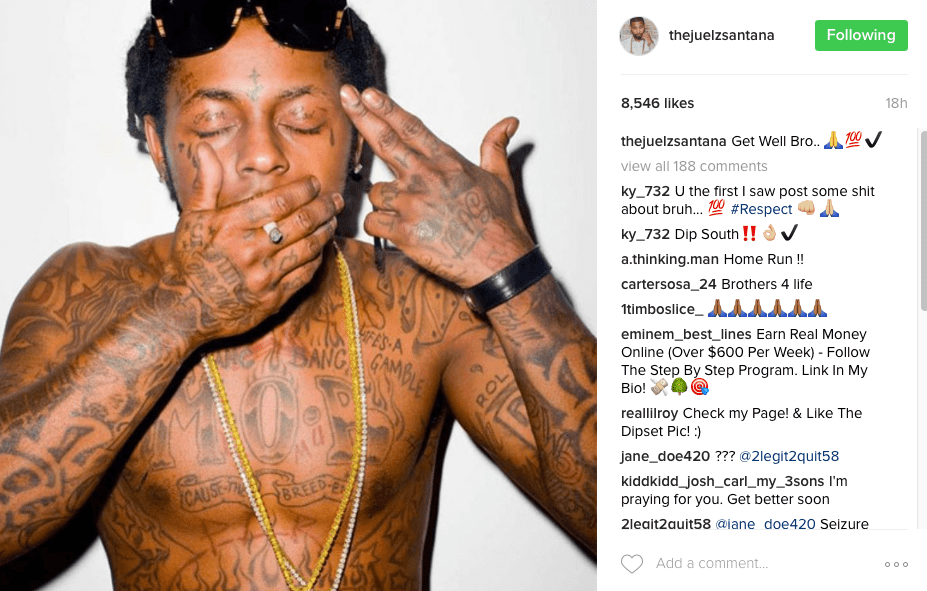 Our Weezy sources tell us he checked out of the Omaha hospital on Tuesday and immediately made a beeline out of town — despite having made 2 emergency landings on Monday when the seizures started. We’re told Wayne is not cancelling any shows — his next one is scheduled for Saturday in Kansas City. (TMZ)