Hip-hop star Lil Uzi Vert is movin' on up, but his new California mansion's price tag still pales in comparison to the trademark pink diamond embedded in his forehead. The Grammy nominee's new house on the hills isn't gigantic, but it's all about the location and the views.

According to the celebrity real estate publication Dirt, Lil Uzi Vert spent $4.4 million on his new place in Bell Canyon on the California coast. It’s got the requisite pool, huge glass walls and amazing views you’d expect — and for someone who reportedly dropped $24 million on a piece of jewelry for his face, it’s kind of a steal.

“Marketing materials for the snazzy spread are effusive, calling the boxy and daringly transparent structure a ‘one of a kind architectural masterpiece’ with buff-colored stone accents, vast walls of floor-to-ceiling glass, ashy brown wood floors and sleek high-end finishes.”

Baby Pluto has so far gone 2-for-2 in reaching No. 1 on the Billboard charts with every album he puts out. While he can’t guarantee a third straight No. 1, he does promise his next album will be something special.

“Bro, I’ma drop an album, bro. I’m not gon’ lie, I’ma go so hard. … I’m not even gonna say this sh*t is hard because I don’t even know what’s hard no more. This sh*t going to be legendary though. I know that.” 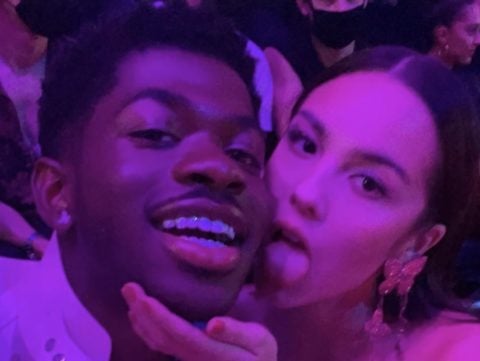 Lil Nas X Bodies The Met Gala In These 6 Jaw-Dropping Pics
"The flashy flex is an understatement. 2021 is his year." -Cyrus