Rap newcomer Lil Uzi Vert wants peace and no war with Top Dawg Entertainment‘s Ab-Soul. The controversial artist has shouted out Soulo after getting singled out by him this week.

Uzi went to Twitter heading into the weekend and praised Ab’s lyrical skills. 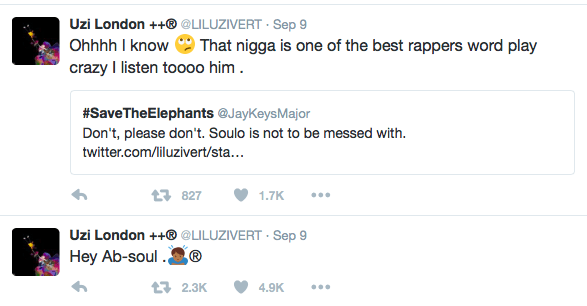 “I made the record because the disrespect is getting out of hand,” Fong told SOHH. “Especially when it’s people that inspired people around the world to do music. You don’t have to like them, h*ll some of them ain’t dope, but it’s the respect level. Enough’s enough.” (SOHH)

A few days ago, Ab-Soul allegedly fired a shot at Uzi Vert on social media. 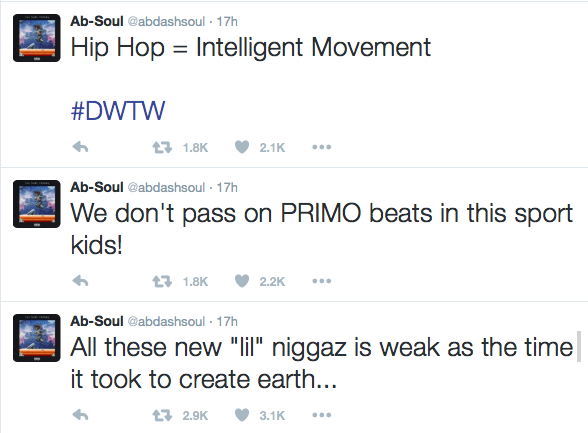