Lil Tjay dropped a freestyle to a 50 Cent classic, “Many Men”. He titled it “Faceshot” and discussed getting shot in the summer and the beef with A-Boogie. 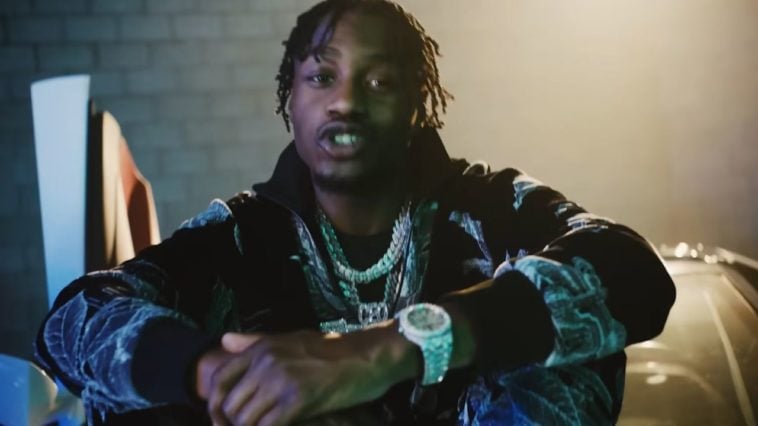 After recently linking up with 50 Cent, Lil Tjay has dropped a freestyle to the classic song “Many Men.”

In the song, the “In My Head” artist rapped about getting shot seven times.

“I don’t really got too much to say though you know I’m saying like, took seven-man, yall niggas know I got the city, and I’m not really a pot licker though.”

In the freestyle, Tjay also touched on his beef with A-Boogie:

“Mr. Manny steady talking like he tough, caught his ass ain’t have no pole and he went skipping off the dust, type of guy, try to take something from me, boy you high, ain’t saying he the suspect but little homie out of eye.”

In addition, the New York artist shared that 50 may not want to share the song on social media due to being cool with A-Boogie, and he didn’t get permission from him to use his beat.

“I know 50 might not share this because he cools with the opps just pray he doesn’t take it down the moment it drops, I ain’t get this shit clear, but it’s clear that the only one niggas going to be here to survive all the coming years.”

As fans wait on a response from A-Boogie, they hope the beef stays on wax and not desolate into anything further.

Lil Tjay Links Up With 50 Cent

Prior to the release of the “Many Men Freestyle,” Lil Tjay had the chance to chop it up with 50 Cent. 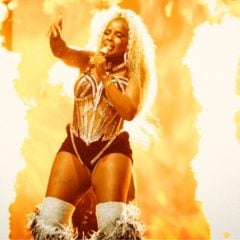