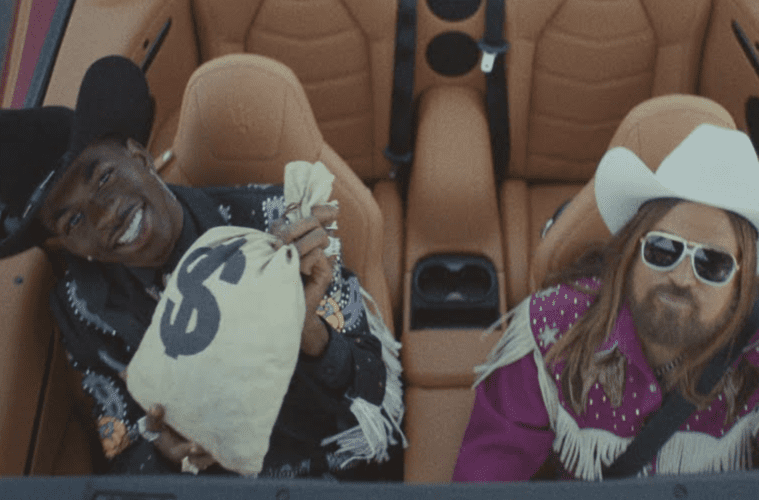 Rap newcomer Lil Nas X knows how much he’s blown up and why. The hip-hop rookie has celebrated the one-year anniversary of his “Old Town Road” remix.

This past weekend, Nas X went to Instagram to geek out over the unforgettable banger. The hip-hop star shared some of his favorite moments from the music video and the impact his song had on the world.

“happy birthday to the global phenomenon known as the old town road remix!! this song birthed the most exciting times of my life! 🖤🐎✨” -Lil Nas X’s Instagram

In May 2019, X finally came through for his fans. The Grammy-winning rapper released his star-studded and cameo-driven remix’s music video premiere.

Lil Nas X’s “Old Town Road” has become a monster, holding its place as a No. 1 hit for weeks and even holding off the return single from Taylor Swift. Now after weeks of ubiquity and a high-profile remix from Billy Ray Cyrus, the song now has its own official music video. Cameos include Chris Rock, Vince Staples, Diplo, and Rico Nasty. (Pitchfork)

Lil Nas X is known for his low-key trolling and his playful ways. In February 2020, he shared a hilarious reenactment of a popular “SpongeBob SquarePants” character.

The same week, X and rap star Nas‘ “Rodeo” video premiered online. The video featured a mixture of sci-fi and major cinematic effects. The video, which was released in February, has now gained over 42 million views.

In the video, Lil Nas X takes on the form of a vampire after he is bitten while exiting a phone booth. As the night continues, he gets stronger in realizing his new powers. With nods to Michael Jackson’s ‘Thriller’ and Marvel’s Blade, the video also takes inspiration from The Matrix trilogy as Lil Nas dodged bullets fired at him by men in black suits and blacked out sunglasses – and that’s not the only Matrix reference. (NME)