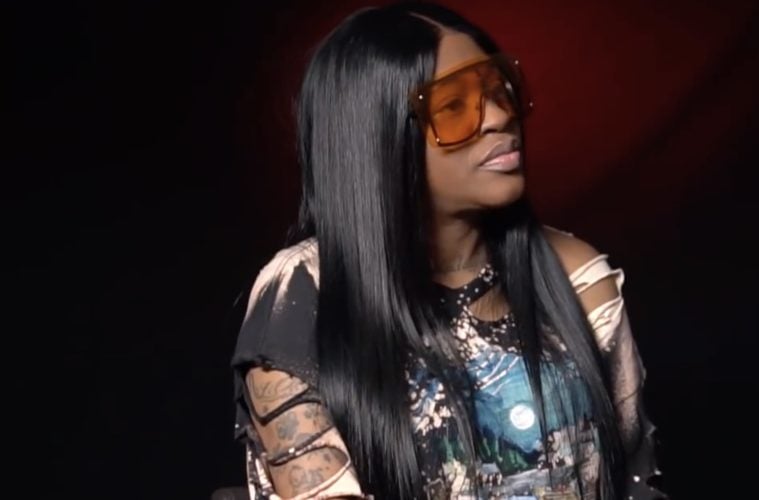 Lil’ Mo On Fabolous’ Domestic Violence Arrest: “I’ll Olivia Pope This Situation Before I Let Somebody Take My Brother Down. Something Don’t Seem Right”

R&B singer Lil’ Mo is having a hard time believing Fabolous could be the monster gossip reports are claiming him to be following a domestic violence arrest. The crooner has discussed the rap veteran’s publicized nightmare.

In a new interview, Mo discussed not wanting to weigh-in on gossipy topics but admitted she couldn’t see Fab being capable of domestic violence.

“I was just talking to him,” Mo said Friday (March 30) at the Revolt TV studios in New York. “He’s good. I hit him up and said ‘I love you.’ He hit me back and said ‘I love you too and I appreciate you, Mo.’ I don’t know the logistics. Honestly, even though I’m a part of the culture, I don’t get involved in [gossip]. I know a lot of stuff is hype. How did they get this information? People have turned this thing from one thing to another. What the f—k is going on?” … “I’m not letting him go out like that,” she promised. “I’ll Olivia Pope this situation before I let somebody take my brother down. Something don’t seem right.” (REVOLT TV)

Fab’s headline-generating situation has even sparked a response from West Coast rapper Game.

#TheGame stepped into #TheShadeRoom and weighed in on the #Fab & #EmilyB situation. Thoughts? 👀

[Fabolous & Emily B: 5 Things You (Probably) Didn’t Know About The Estranged Couple]

Over the past few years, Fab and his estranged girlfriend Emily B have kept their relationship statuses low-key.

For unknown reasons, it took several years for the couple to publicly announce that they were dating. Strangely enough, Fabolous revealed that he was dating Emily B in an XXL interview but contradictorily told radio station Hot 97 that he was “single as a dollar bill”. Also, in 2006 Emily B moved in with him, only to move out during the filming of VH1’s reality show Love & Hip-Hop during Season 2 in 2012 (they both starred in multiple seasons). Clearly, they’ve gone through some internal issues, most of which have now gone public due to their recent legal trouble. (SOHH)

This week, reports emerged about the severity of Fab’s legal situation.

BOSSIP has also learned that the Bergen County Prosecutor’s Office has stepped in and will be trying the case against the Brooklyn rapper. A spokeswoman for the prosecutor confirmed Monday that the initial charges still stood. If he’s convicted, the “Throw It In The Bag” rapper could face three to five years in state prison along with up to $15,000 in fines for the aggravated assault charge alone. He is due back in court later this month. (Bossip)