Young Money’s Nicki Minaj came clean on her past publicized feuds during an appearance on “The Ellen DeGeneres Show” this week.

Appearing on Thursday’s broadcast, Nicki admitted she regretted her past spats.

In a Facebook Live chat, filmed during the taping of Thursday’s episode of The Ellen DeGeneres Show, a fan asked Minaj if she has ever regretted a feud. “Yeah, all the time,” the rapper answered. “All my feuds I regret, because I’m a sweet person, and I don’t wanna be mean to people.” (Entertainment Weekly)

Nicki Minaj gets real with me! #24Live

“Musically, I feel very fulfilled and now I can start tapping into my acting world, where it’s about passion and not about the money. It’s wanting to be what I set out to be when I was in high school: an actress.” (NYLON Mag)

Last month, Nicki hooked up with rap star boyfriend Meek Mill and teased Snapchat followers with a coupled up video.

Nicki showed up on Meek’s Snapchat Wednesday night — the video looks like it’s shot in his bedroom and he’s definitely shirtless … which means day 9 of house arrest seemed to go pretty well for Meek. Meek’s been on lockdown since the beginning of March. We’re told Nicki flew to Philly on Wednesday morning. As we told you … the couple had a blowout after she refused to move to Philly for the duration of Meek’s 90-day sentence. (TMZ)

In late February, Nicki and Meek addressed rumors about them breaking up. 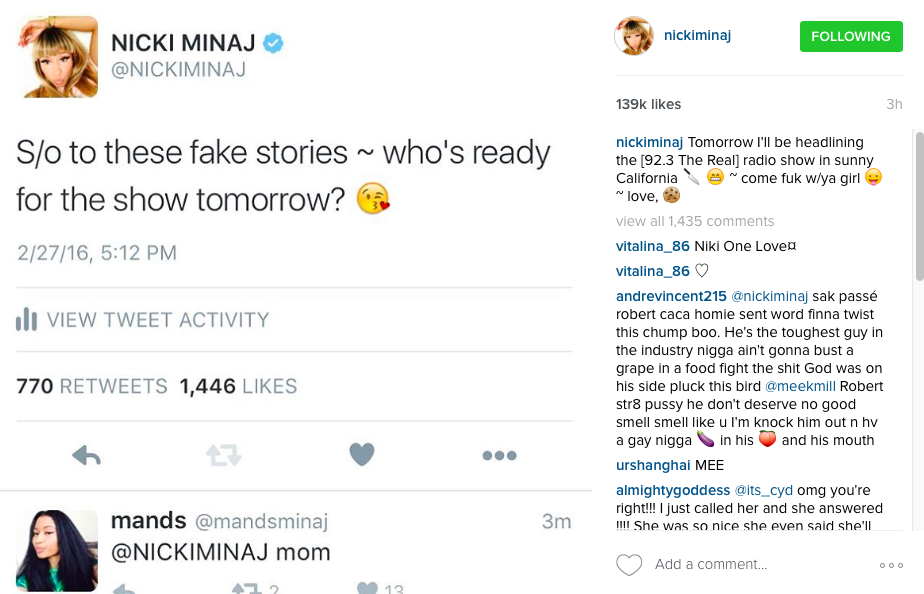 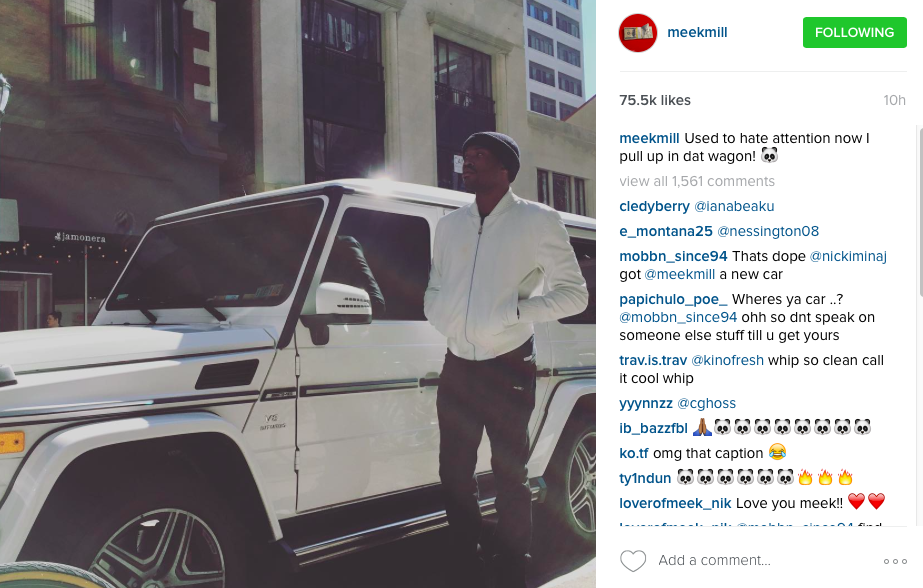