Lil’ Kim Powers Up “Empire” Expectations After This Club Outing

New York rap veteran Lil’ Kim has speculation building on whether or not she will make a guest appearance on “Empire” next season after a weekend outing with show star Jussie Smollett.

The Queen Bee posted up a picture alongside Smollett and shouted out “Empire” on Instagram Sunday (July 19). 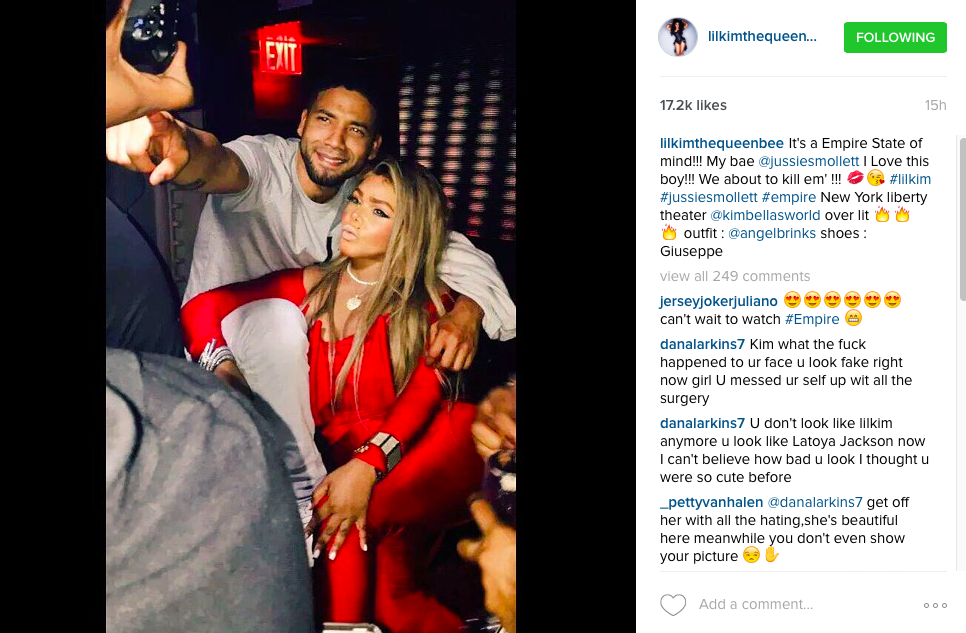 Check out what actress Taraji P. Henson said about Lil’ Kim and “Empire” on the next page…

Taraji explained how Kim had direct messaged her on Twitter to ask about a guest role after learning she was Cookie’s hero. She added: ”I was like, ‘Trust me girl, I’m working on it.’ That would break the internet.” (Contact Music) According to reports last week, R&B singer Kelly Rowland has joined the cast and will play the mother of show stud Terrence Howard‘s “Lucious Lyon” character.

Kelly Rowland will appear on the hit FOX show this fall, a source told E! News exclusively on Saturday, the Fourth of July, at the 2015 Essence Festival in New Orleans. The 34-year-old R&B singer will play Lucious Lyon’s mother in a flashback. (E! Online)