Lil Duval Speaks Facts On Kanye West: “N*gga Getting Hospitalized For Being A Brat”

Comedian Lil Duval isn’t holding back the jokes. The hip-hop funnyman has thrown a little shade toward rap star Kanye West in light of his California hospitalization. 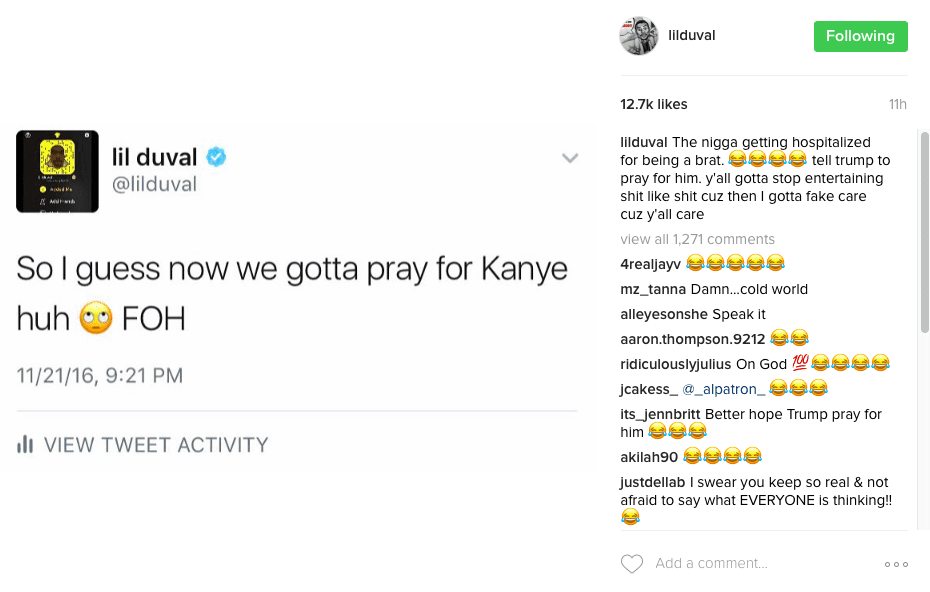 According to law enforcement sources … cops responded to a call for a welfare check on Kanye around 1:20 PM PT. He was at his trainer, Harley Pasternak’s home at the time and was “acting erratically.” We’re told police called L.A. Fire, and by the time paramedics arrived Kanye was calmer … but still resistant to going to the hospital. We’re told everyone — his management and law enforcement — convinced him it was best he go. Law enforcement sources tell us Kanye was restrained by handcuffs to a gurney during transport to the hospital. (TMZ)

Over the past 72 hours, hip-hop stars like Snoop Dogg and Talib Kweli have called him out for publicized concert rants.

#PressPlay : #SnoopDogg is all of us right now 😩😂 #KanyeWest