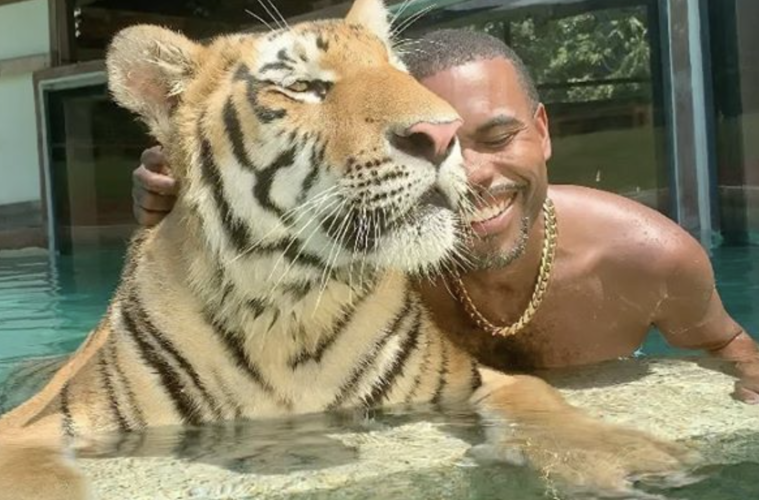 Comedian Lil Duval has low-key been about that tiger life. The hip-hop funnyman has shared an epic moment between himself and a huge tiger.

Duval went to Instagram Monday with a gushy pool moment. In the clip, he’s getting extra comfy with a huge striped tiger.

Over the past few days, Lil Duval and various hip-hop artists have co-signed Netflix’s must-see “Tiger King” mini-series. Social media has erupted with shout-outs and support for the show’s star Joe Exotic.