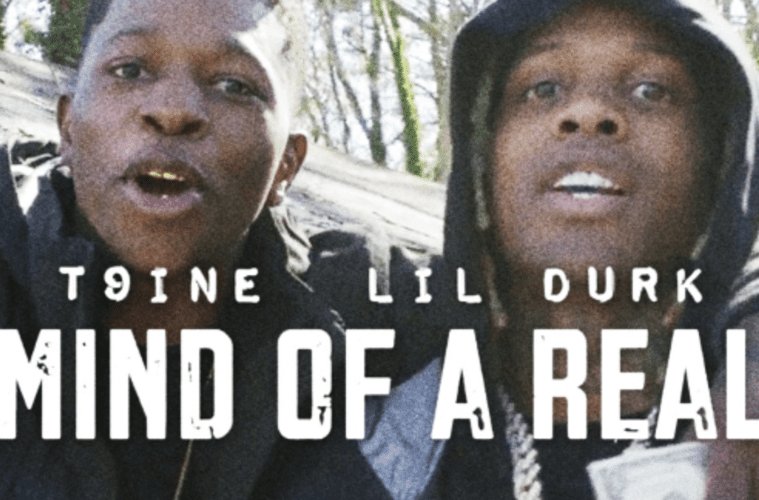 Chicago rapper Lil Durk is in steady work mode. The hip-hop entertainer has teamed up with rap artist T9ine for their new “Mind of a Real” remix.

Today, T9ine releases “Mind of a Real” remix featuring Lil Durk. Returning to his Tampa roots, T9ine serves up his slick signature sound around the hypnotic hook and wordplay while Lil Durk lays down the code of the streets. Produced by Palaze, this song marks the very first collaboration between the Florida and Chicago emcees. Showing his side of the trenches, “Mind of a Real” remix comes following the release of lover’s anthem “Need Someone”, “Mind of A Real” which received over 3.1M accumulated streams and his debut project From Nun To Something.

Back in mid-December 2019, T came through on his song’s visual. The original music video features him pouring his heart out on a football field.

In mid-March before Lil Durk and T9ine joined forces, Durk went to Twitter to deliver a major music tease. LD announced a new album and its name with a reference to super producer Metro Boomin.

Outside of working with Durk, Boomin is staying busy with another hip-hop heavyweight. Metro is gearing up to release a new album with Atlanta trap star 21 Savage.

“Back in 2016, Metro Boomin and 21 Savage delivered their collaborative album, Savage Mode. Spanning across nine tracks and including a lone feature from Future, fans have been clamoring for a sequel project ever since. Now, it appears that Savage Mode 2 could drop later this year.”
–REVOLT