West Coast rapper Lil B is pulling for his Golden State Warriors to win the NBA Finals this week but is still trolling “Based God Curse” victim Kevin Durant.

On Instagram Tuesday (May 31) night, Based God acknowledged the impact his mythical curse could have on KD’s free agency. 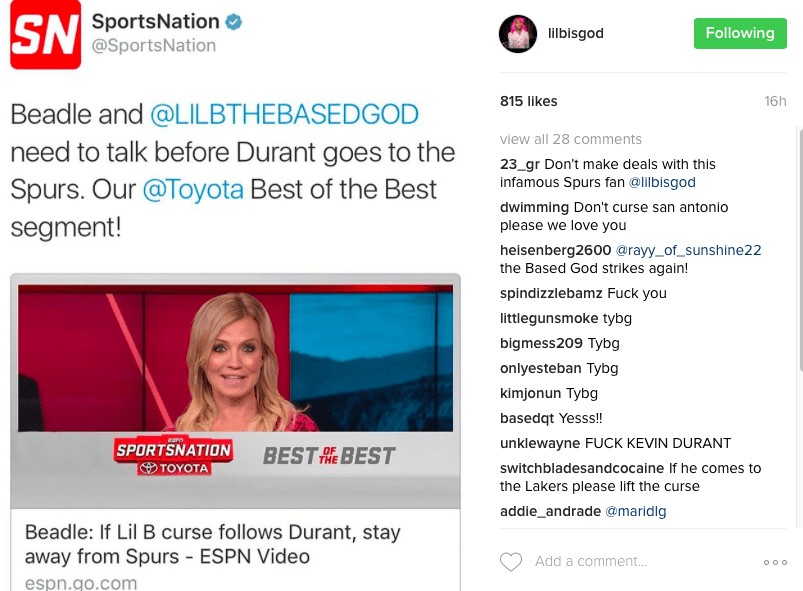 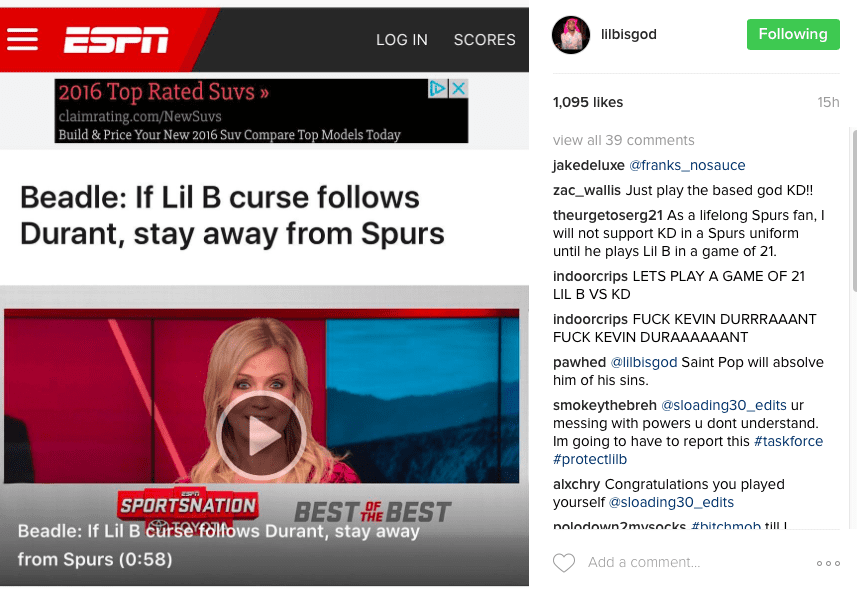 Last weekend, Lil B acknowledged the attention his “Based God Curse” had on this year’s NBA playoffs. 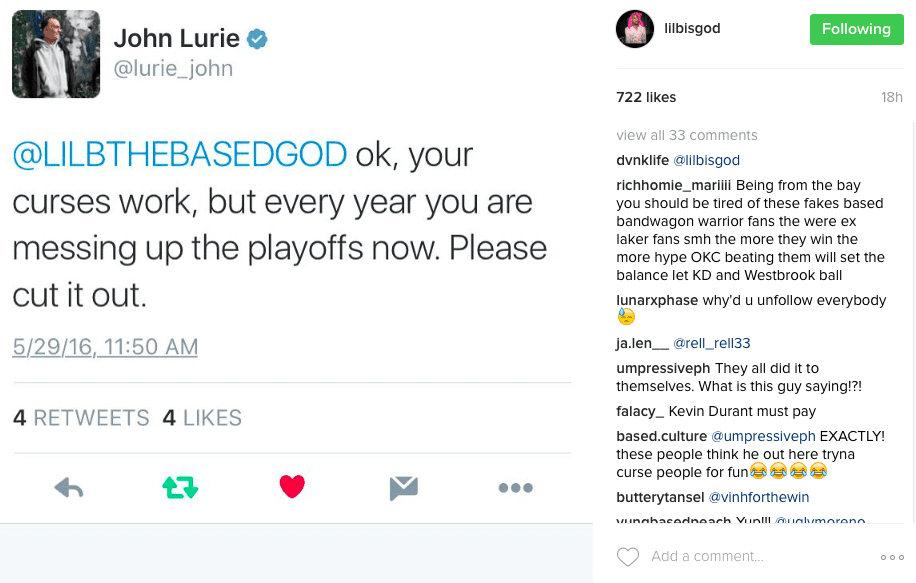 Lil B had kept busy these past few days taunting Durant during the Western Conference Finals with his curse.