As seen on SOHH.com - follow @sohh @sohhdotcom
1.3k Views Comments Off on Lil Baby Thinks Lil Yachty Isn’t Rocking With Him: “It Ain’t That At All”
Share

Atlanta rapper Lil Baby wants Lil Yachty to know they’re on solid terms. The hip-hop star recently dished on their personal relationship and why distanced bond might have Lil Boat questioning their bond.

In a new “Breakfast Club” interview, Baby talked about how much he respects Yachty. He also credited LY for tightening his bond with their label Quality Control.

“Yachty is my man. He was like the first person at QC to grab me under his win. Now I’m gone all the time, so he kinda feels like I don’t really f*ck with him like that, but I really do. It ain’t that at all.” (“The Breakfast Club”)

The visual is pure comedic gold. In the must-see clip, Yachty dresses up as TV icon Oprah Winfrey as Drake and DaBaby show off their own acting chops.

In the video, Drake has his AHAmoment discussing his LSC (light-skinned capability) with Boprah. Drake also enlightens the audience as he takes the next right step by embracing the new generation of rappers, stating he “loves all the little ditties, all the little jingles that the kids are doing,” and praising Lil Yacchhy for being at “the forefront of that movement of music that should be forgotten about.” Later, DaBaby reveals he is living his best life and illuminates Boprah on where we are going when he says ‘let’s goooooo’ and on the art of making an album sound like one whole song (“make every damn song like an ongoing song – you never have to make another song again,” he explains).

Comments Off on Lil Baby Thinks Lil Yachty Isn’t Rocking With Him: “It Ain’t That At All” 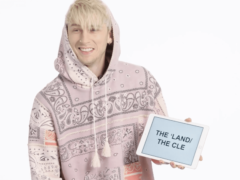 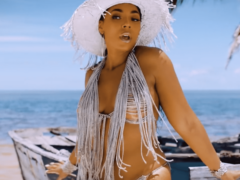