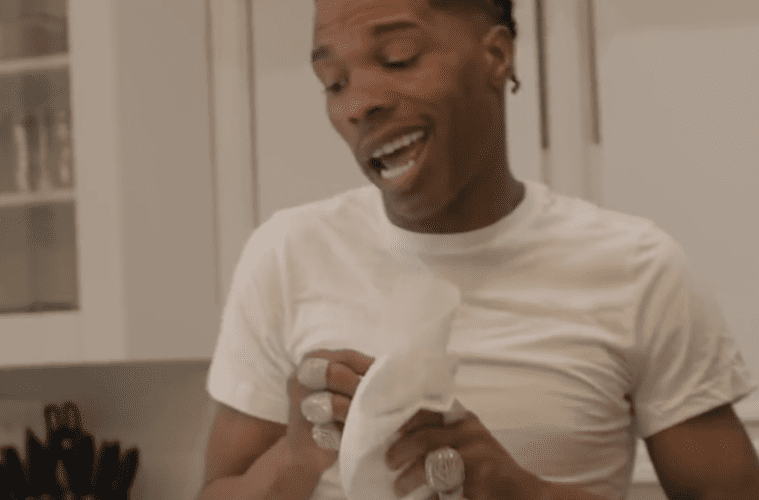 Lil Baby Takes Kanye West At His Word + Flies Out To Wyoming To Make Some G.O.O.D Music?

Hip-hop fans have gone full-fledged detective mode. Over the past few hours, the Internet has figured out just where Atlanta rap superstar Lil Baby has traveled to after posting a video on his social media getting off a private jet and they’re convinced it has something to do with Kanye West.

After Baby put up a clip on his Instagram Story of him getting off a jet, fans decided to do some research. People immediately made Baby and Kanye connections.

Reddit users found a jet was traveling from Atlanta, his hometown, to Wyoming, where rap legend Kanye West is currently located. From there, they tracked down the airport cameras and flight logs to reveal that Baby is probably in Cody, presumably to make music with ‘Ye.

Lil Baby has fans wondering if we’re going to get a much-needed Kanye West collaboration way sooner than expected. The hip-hop star went online last week to make sure Yeezy knows there’s no bad blood toward him. Heading into last Thursday, Baby went to his Twitter page to directly get at Yeezy. LB made sure to at Kanye’s handle and let him know no one alerted him about a potential collaboration happening.

“@kanyewest no disrespect nobody told me 🤷🏽‍♂️” -Lil Baby’s Twitter

On Wednesday, rap veteran Plies hit up Twitter with a thought-provoking moment of clarity presumably connected to Kanye’s controversial and headline-generating tweets. The Florida rapper hinted at the recent online drama possibly being a consistent trend for plugging a new studio project.

“They ONLY Play Crazy When They Got A Album Coming Out!!!!!” -Plies’ Twitter