West Coast rapper Lil B has weighed in on the controversy surrounding him and his alleged curse on Houston Rockets star James Harden.

According to the Based God, Harden will remain doomed until he acknowledges his NBA celebration dance.

The rapper tells TMZ Sports he put the hex on Harden when he failed to apologize or give proper credit to Lil B for his “cooking it up” dance. B says, “He’s cursed for the rest of the playoffs and further notice until he speaks on what dance celebration he’s doing and where it comes from.” The curse has become the talk of the NBA playoffs, and couldn’t come at a worst time for Harden … whose Rockets are on the brink of elimination after getting crushed by the Golden State Warriors yesterday, 115-80. (TMZ) 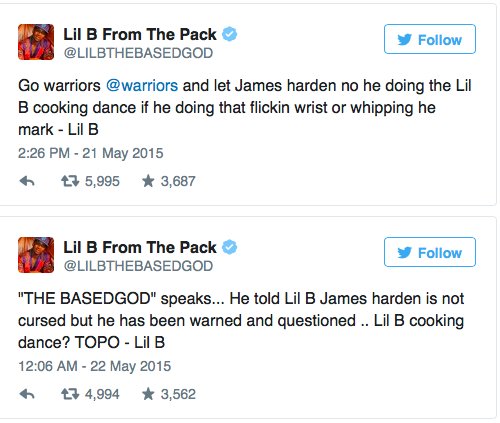 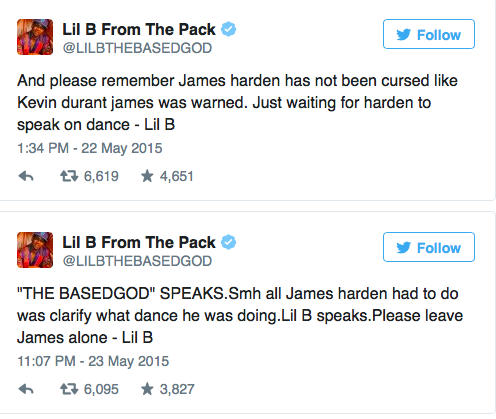 The Atlanta Hawks, who are currently facing off against LeBron James‘ Cleveland Cavaliers in the Eastern Conference Finals have begged Based God for mercy.