Lil B Puts His Curse Back On NBA Star: “He’s Gone Too Far This Time”

West Coast rapper Lil B is ready for the NBA season to start back up and already cast his wretched “Based God” curse back on Houston Rockets star James Harden.

Lil B announced his curse’s removal from James Harden on social media back in June. 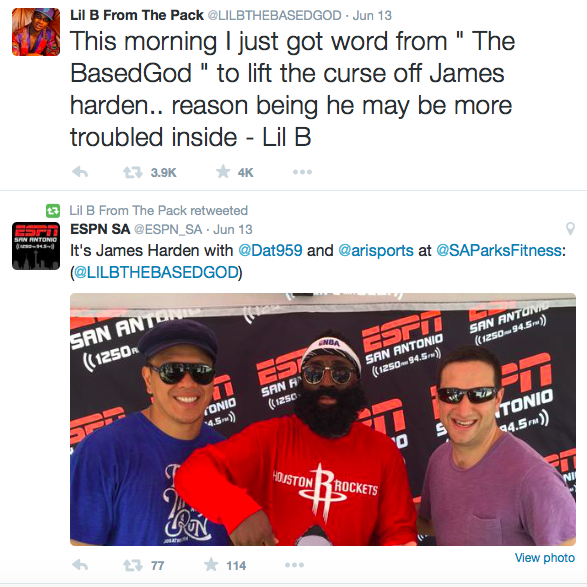 Former Cash Money rapper Bow Wow taunted Harden after an alleged groupie released a picture of herself with him asleep in bed. Harden previously spoke to paparazzi about being cursed by Lil B during the NBA playoffs.