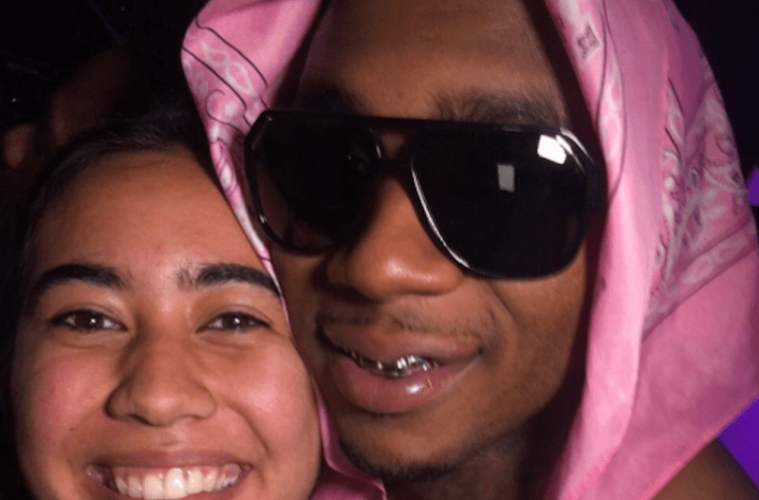 West Coast rapper Lil B recently dished on his relationship with singer Frank Ocean. If all goes accordingly, fans will hear Based God on Ocean’s long-awaited Boys Don’t Cry album.

Although slim with details, B said fans could expect his presence on Ocean’s delayed studio release.

“Frank Ocean was amazing. He called me to come out and do some stuff for his album, Boys Don’t Cry, that’s coming out. Frank is amazing. He’s a beautiful man with a beautiful voice. He’s a very strong man, a very strong person. Anything that I can do to help him, I will,” B said in an interview. “If Frank releases [Boys Don’t Cry]. Let’s see what Frank releases. Frank has the material.” (Dazed Digital)

New reports claim Ocean may have switched up his album’s title.

Rolling Stone has confirmed that Endless is a different project from his proper new album. That album, set for release by Apple this weekend, was previously called Boys Don’t Cry, but Rolling Stone has learned that the singer has scrapped that title in favor of an alternate title. (Rolling Stone)

The long-awaited follow-up to 2012’s channel ORANGE made its debut in a video stream on Frank’s website, BoysDontCry.co, which was accompanied by footage of him building a spiral staircase in a warehouse. The audio can be heard playing in the background over the sound of drills and construction. (Rap-Up)

This week, footage had surfaced of Frank and OF leader Tyler, the Creator racing each other in Los Angeles.