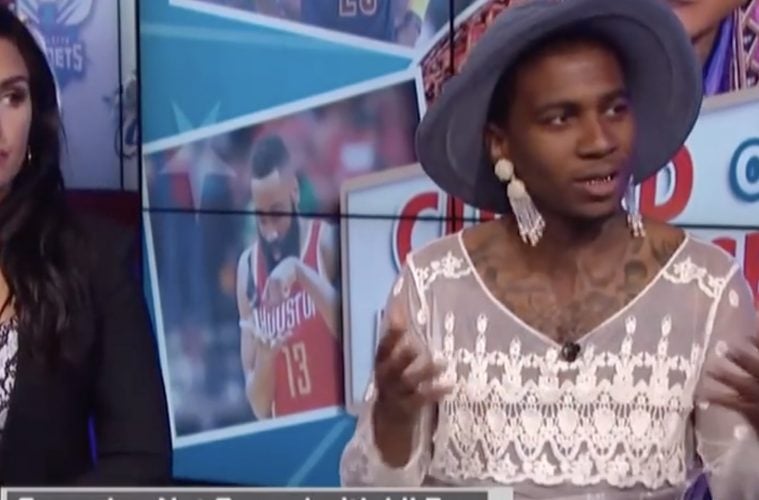 Lil B Gives Carmelo Anthony His Rare Based God Blessing

West Coast rapper Lil B is giving his blessing to NBA superstar Carmelo Anthony. The hip-hop veteran hit up social media this week to let fans know Melo doesn’t have to worry about any Based God curse.

This week, the Oakland rapper hopped on his social media channels with a salute to Melo and the Portland Trail Blazers.

This week, speculation has grown about the Blazers possibly snagging Melo if he’s released from the Chicago Bulls.

Carmelo Anthony has a career 24 points per game, 6.5 rebounds per game, and 3 assists per game. He’s a ten time all-star, and is a former scoring champ (2013). Fast forward to today, one of the NBA’s most premiere scorers ever just got traded as a salary dump to the Chicago Bulls. Chicago is expected to release Melo before the trade deadline. Perhaps the Portland Trail Blazers should make a push for him. (Rip City Project)

Earlier in the week, buzz developed about the Houston Rockets trading Melo to the Bulls.

The Houston Rockets have agreed to trade Carmelo Anthony and cash to the Chicago Bulls, league sources tell ESPN.

The NBA office will not execute the trade today because it's a holiday, league sources tell ESPN. To clear the way for Kenneth Faried to sign and play tonight in Philadelphia, Rockets had to waive to James Nunnally. Trade call on 'Melo will likely be Tuesday. https://t.co/Oo2IA0nsJP

Anthony won't play a game for the Bulls, league source tells ESPN. He will be released and become a free agent if he clears waivers. https://t.co/Oo2IA0nsJP

Carmelo Anthony will not play a game for the Bulls, but it is possible that franchise holds off on waiving him until the trade deadline, league sources tell ESPN. Bulls could include him in a one-for-one trade, but can't aggregate his contract in another deal.