1.2k Views Comments Off on Lil B Comes To Nas’ Defense W/ Curse Threat: “Lonzo Ball’s A Few Seconds Away From Being Cursed His Rookie Year On The Lakers”
Share
Advertisement

West Coast rapper Lil B isn’t having it. The hip-hop artist has come for blood by going at Los Angeles Lakers rookie Lonzo Ball for calling out rap icon Nas‘ relevance.

On Saturday, the Based God vowed to curse Ball’s freshman season as punishment for going at God’s Son. 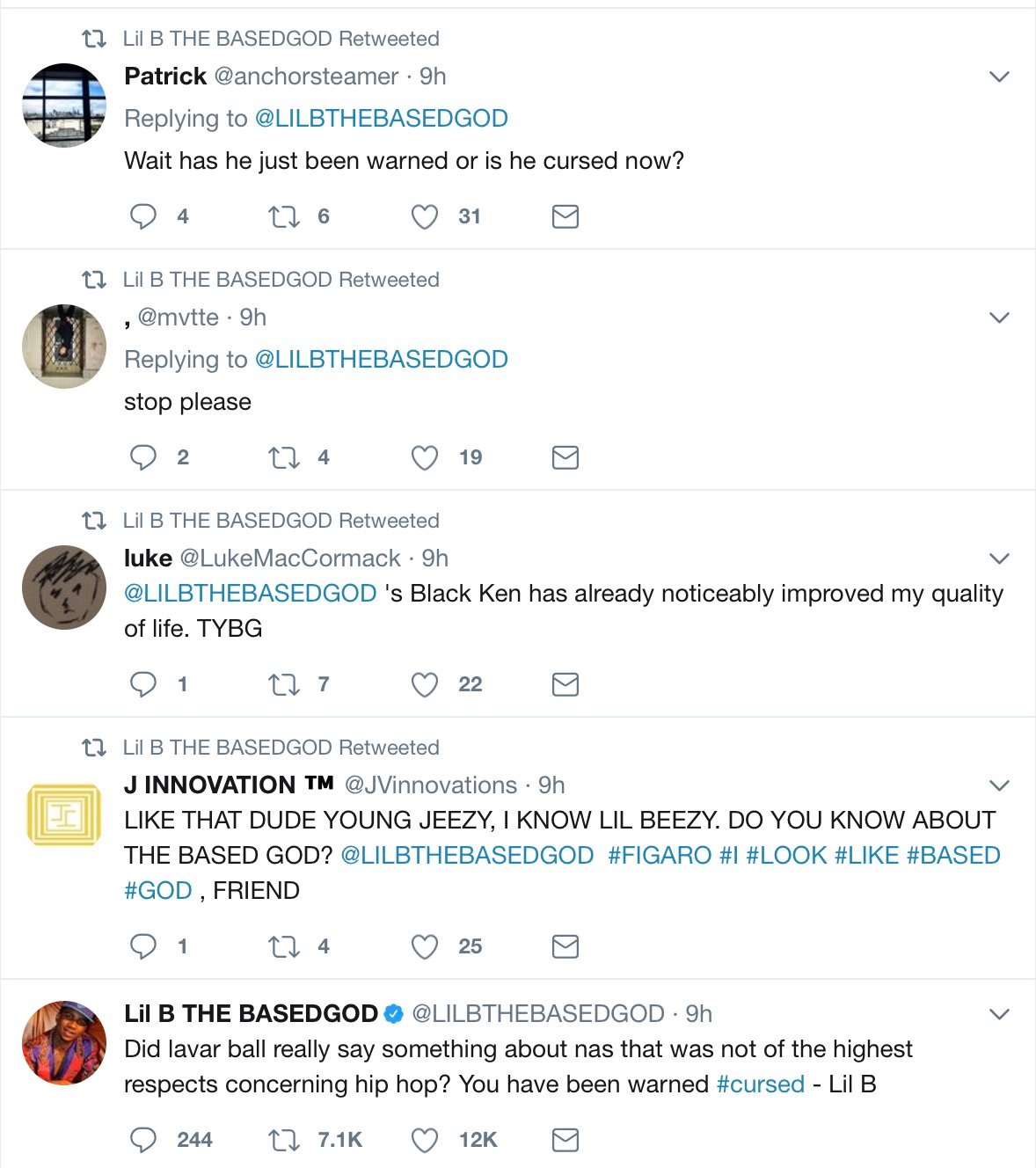 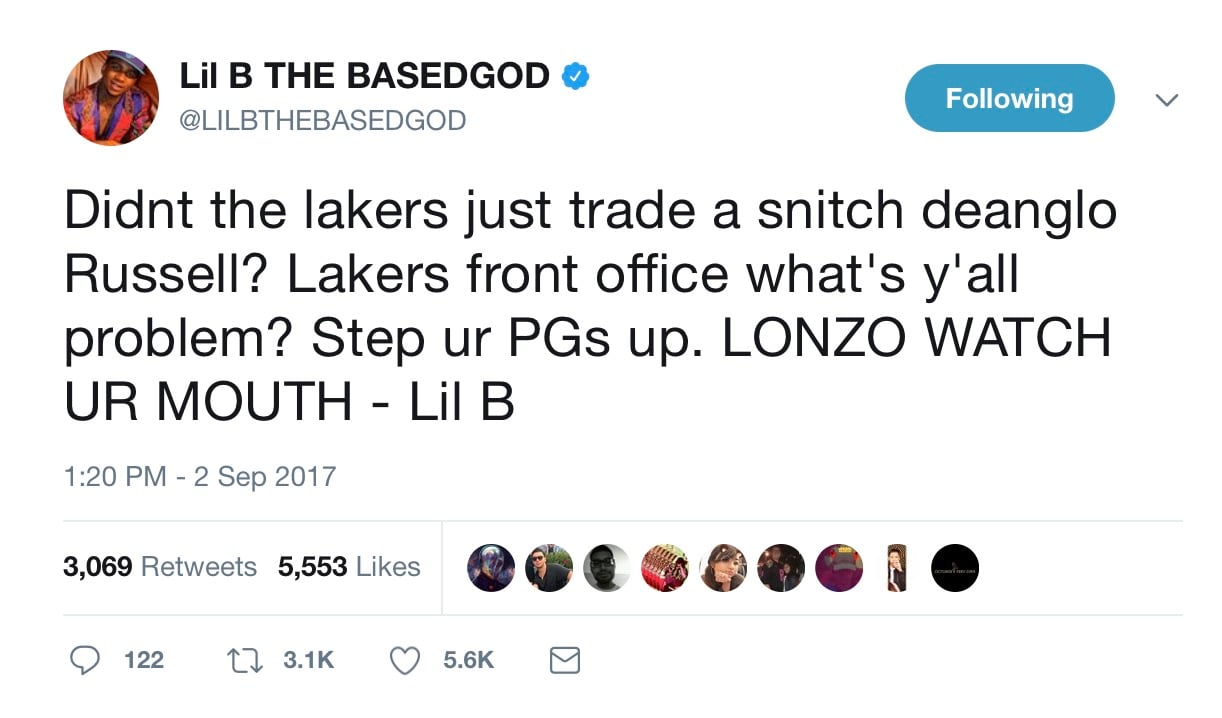 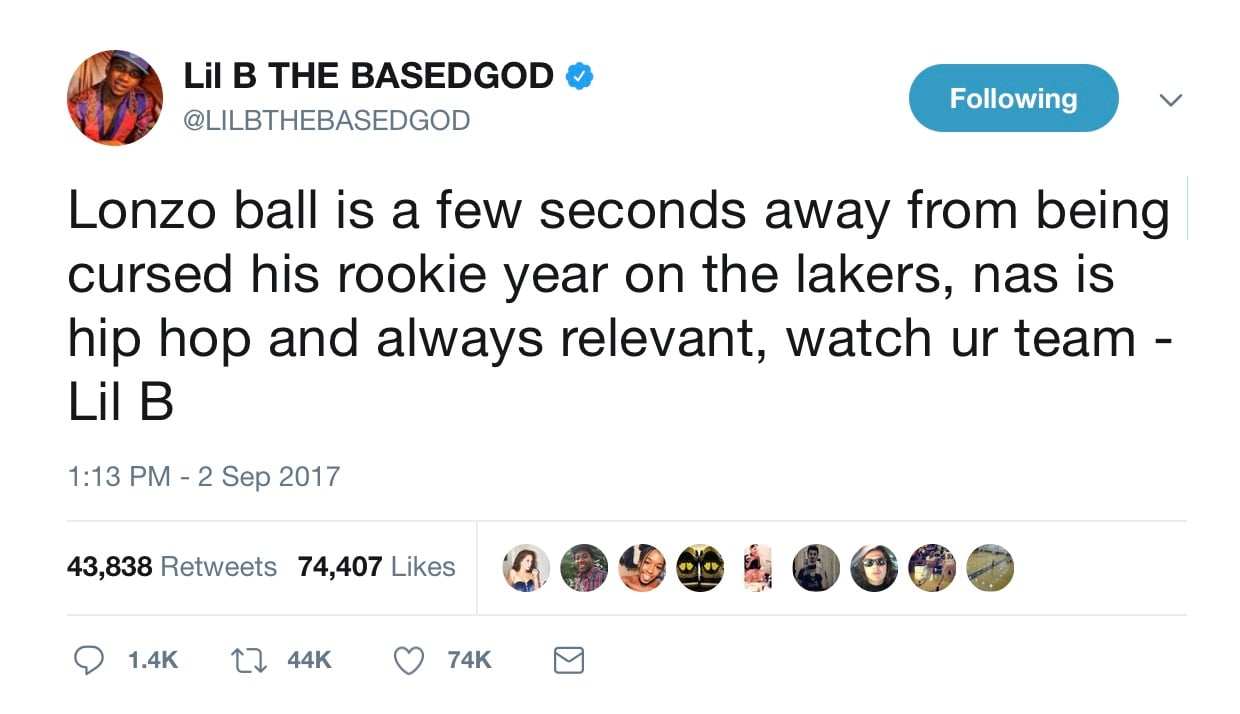 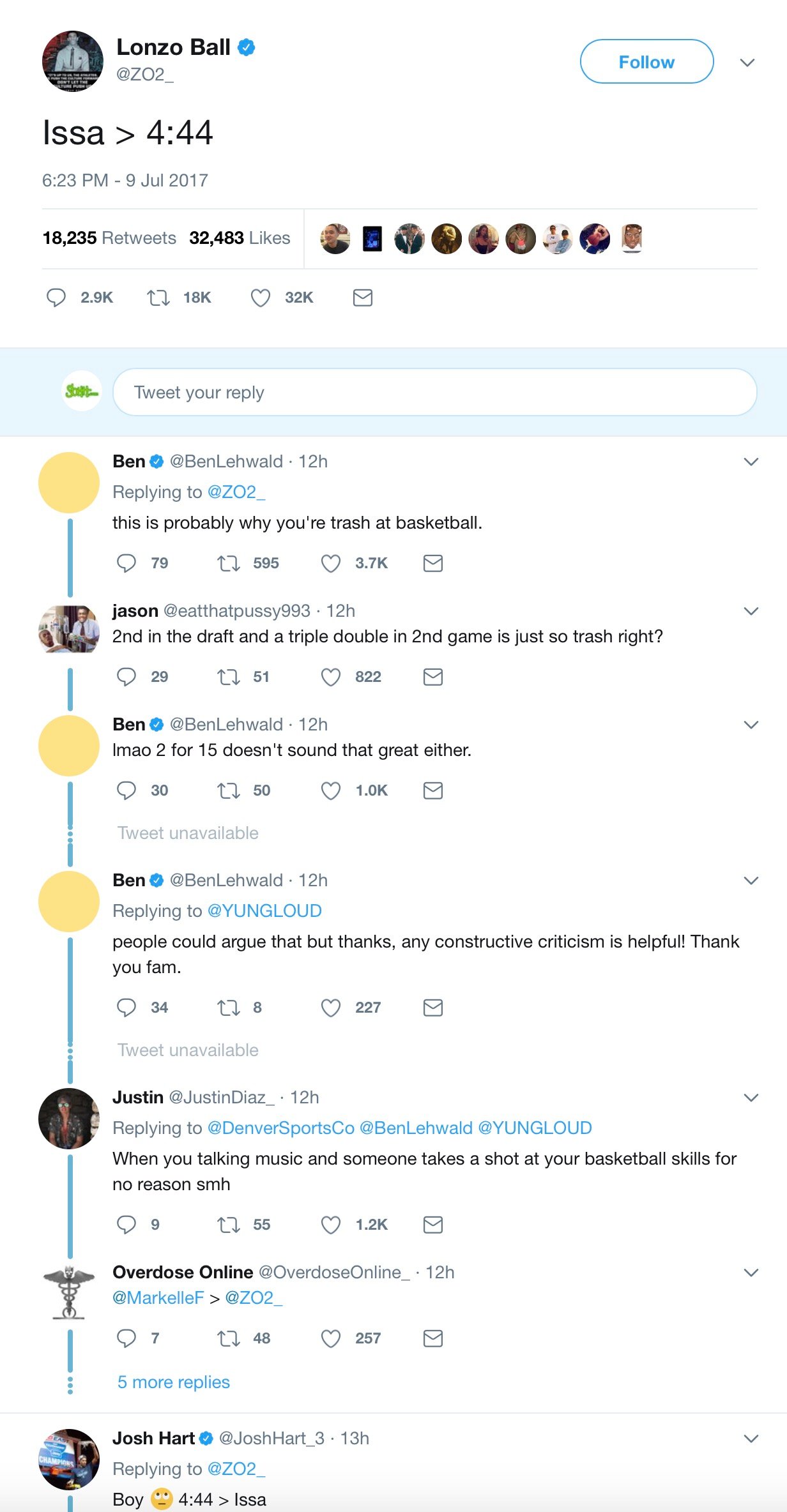 Comments Off on Lil B Comes To Nas’ Defense W/ Curse Threat: “Lonzo Ball’s A Few Seconds Away From Being Cursed His Rookie Year On The Lakers”