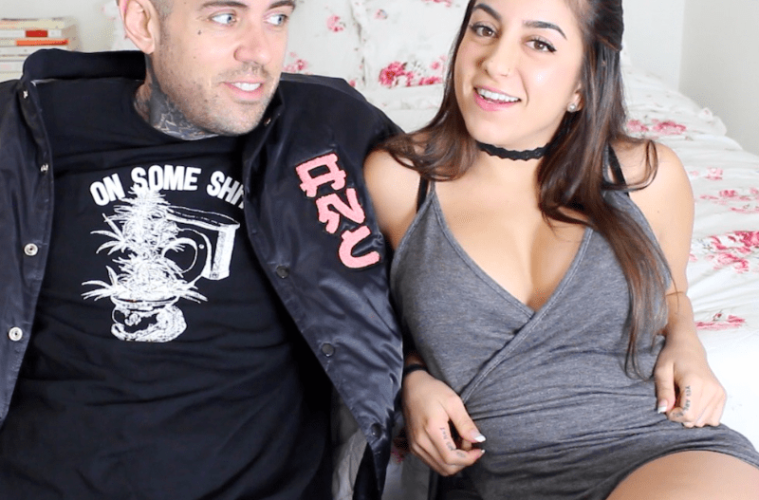 Lena The Plug On Inevitable Sex Tape: “We Definitely Want This To Be Free”

[With the Internet blown away by overnight viral star Lena The Plug promising to deliver a sex tape once she and her boyfriend podcaster Adam22 land a million YouTube subscribers, the curvy af Snapchat hottie talks to SOHH about the challenge, putting it out for free-99 and if they’re feeling any pressure.]

No one’s really paying attention to the fact that [my boyfriend Adam22] is taking control of the sex tape, which to me, is a bigger deal. The focus is always on the woman. Always.

Adam and I actually put out a video today on my YouTube channel where we address the publicity stunt rumor. We would rather die than say we’re going to do something and not do it.

That’s just so beyond me that it’s not even a question. I guess there’s a history of people on YouTube making some sort of claim that they’re going to do something and they just don’t do it. Unless I die tomorrow, there’s going to be a sex tape.

We definitely want this to be free. Even if we got paid off of it, we wouldn’t charge for the tape. We won’t release it on YouTube because you can’t release it on there. Wherever we release it, there will be no charge.

I would say what’s concerning for me is not the actual sex tape because whether we do it today or in a month, my body’s not going to change.

We never predicted we would have to do it in such a short period of time. This was just something we casually talked about.

We were doing a video where he was joking with me like, “Yeah, you’ll never get to a million subscribers,” totally f*cking with me. But now it’s like this is something we’re going to have to actually do in the very near future.

Of course we’re a little bit nervous about it but it’s more exciting.

Stay connected to Lena The Plug and Adam22 below: