With the long-awaited return of “Empire” just months await, show producer Lee Daniels has revealed an interest in snagging R&B stud The Weeknd to appear on season two.

Daniels teased fans with a picture of himself alongside Weeknd on Instagram Thursday (June 4). 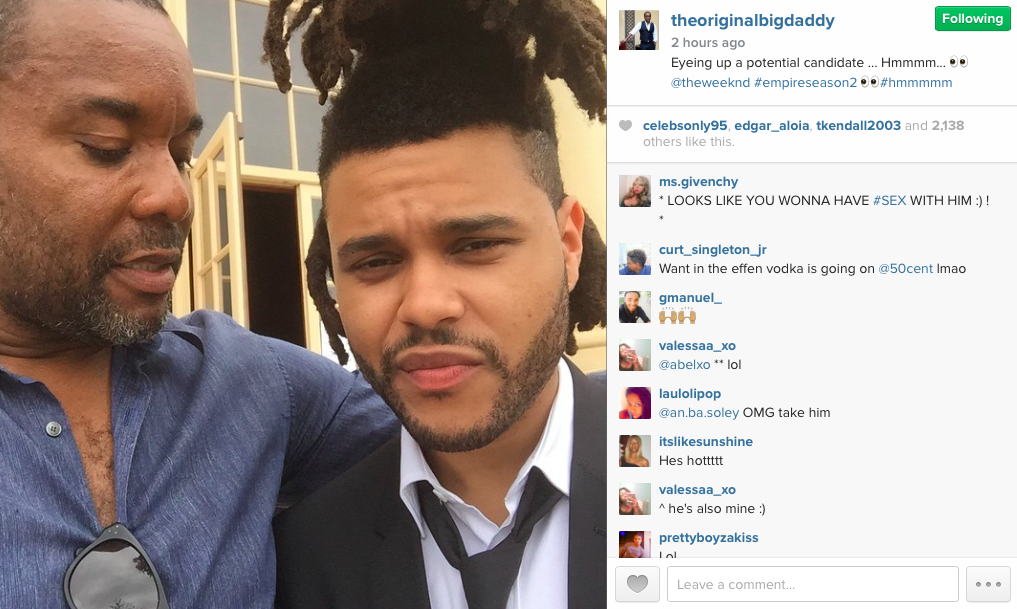 According to reports, “Empire” will enjoy an explosion of famous faces on its show when season two returns this fall.

Season two is expected to come packed with 18 episodes.

A notable increase from the musical series’ 12-episode first season, the order is still a far cry from the conventional 22-episode broadcast series season. Considering Empire’s massive ratings growth over the first season – the primetime soap pulled in a 6.5 rating among adults 18-49 and nearly 17 million viewers – it only makes sense for Fox to try to get as many new episodes as it can. (The Hollywood Reporter)

“I feel like Season 1 was the set up and then Season 2 will be, okay, let’s go back and let’s clean up all of the Lyons’ stuff, if you will. I’m very happy. I’m very excited where Jamal, where his journey has taken him, from beginning to now, and where it’s going to end up going. I’m very excited.” (SOHH)