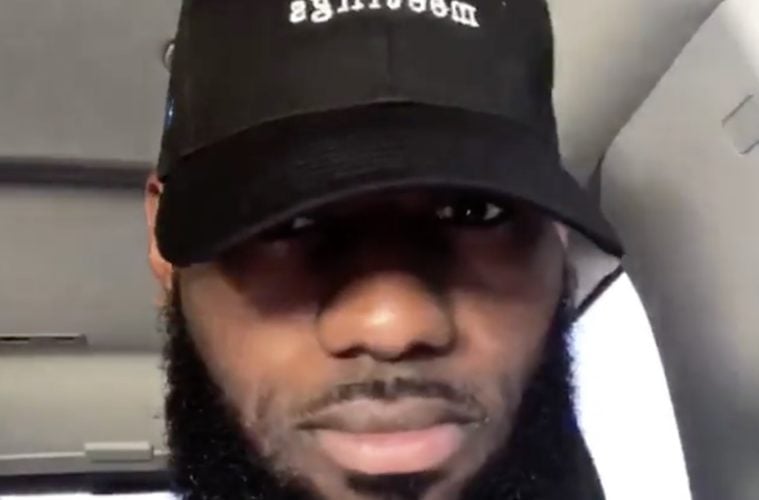 LeBron James On Colin Kaepernick/NFL Settlement: “I Hope He Got A Hell Of A Lot Of Money”

NBA superstar LeBron James is still gang-gang for Colin Kaepernick. The Los Angeles Lakers leader has shared some thoughts on the NFL free agent and Black Lives Matter activist settling his collusion case with the league.

This past weekend, Bron admitted he’s supportive of Kaepernick and said he hoped Colin settled for the right price.

Heading into the weekend, reports emerged about Colin and the NFL reaching a deal.

Kaepernick and Reid had a joint collusion case against the league. Kaepernick, who filed his grievance in October 2017, alleged that the NFL was working to keep him out of the league after he began kneeling during the national anthem three years ago. Reid, who knelt with Kaepernick in San Francisco, had also been out of work until being signed by the Panthers during the 2018 season. Reid had also filed his own grievance against the league. The players’ complaint, which alleged violations of the NFL’s collective bargaining agreement, was headed to a full hearing before an arbitrator later in February. (Charlotte Observer)

Kaepernick even went to his social media pages to confirm the deal.

The headline-generating news sparked a flurry of celebrity reactions.

I don't believe Kap or Reid got an enormous payout from the NFL. I think Kap is going to get a nice contract to sign with an NFL team. Same deal Reid got. Everything else you hear will be a smokescreen. #JudgeMyColumnsEnjoyMyTweets

Number NFL team officials are speculating to me is the NFL paid Kaepernick in the $60 to $80 million range.

Miss me with the "let's see what Kaepernick does with the money" stuff. He was stripped of the prime years of his career and treated like a subhuman. He can use that money how he wants, it still won't get those years back. Whatever he gets, he deserves, and it's not enough.