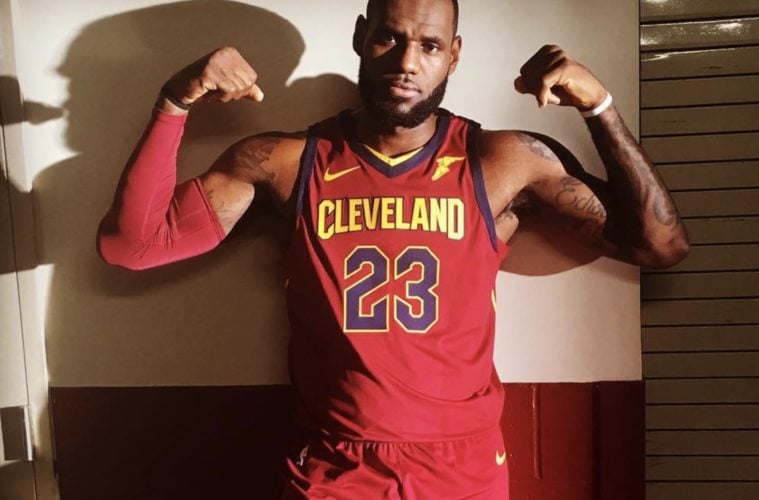 LeBron went to Instagram Tuesday (November 7) and revealed the clinched fist did not have any connection to Kyrie’s success.

Over the last 24 hours, media outlets have speculated on what sparked LeBron’s unexpected meme and its possible Irving connection.

Cleveland Cavaliers star LeBron James is a master of passive aggression on social media, and the four-time NBA MVP was back at it again Monday night. After Kyrie Irving and the Boston Celtics won their ninth straight game, James shared an Arthur meme on Instagram with the caption, “Mood…” (Bleacher Report)

Isaiah Thomas, who was acquired by the Cavs for Irving, made sure James knew he had his teammate’s back. “Need me to handle somebody cuz?” Thomas commented on James’ post. Dwyane Wade simply stuck to emojis to express his amusement, posting 14 laughing emojis. (NY Daily News)