Hollywood star Lauren London is not here for the Nipsey Hussle split rumors. The curvy actress went to Instagram this week to shut down some new breakup gossip.

London hopped on IG last night (November 29) and kicked in the door of all the bogus departure hype. 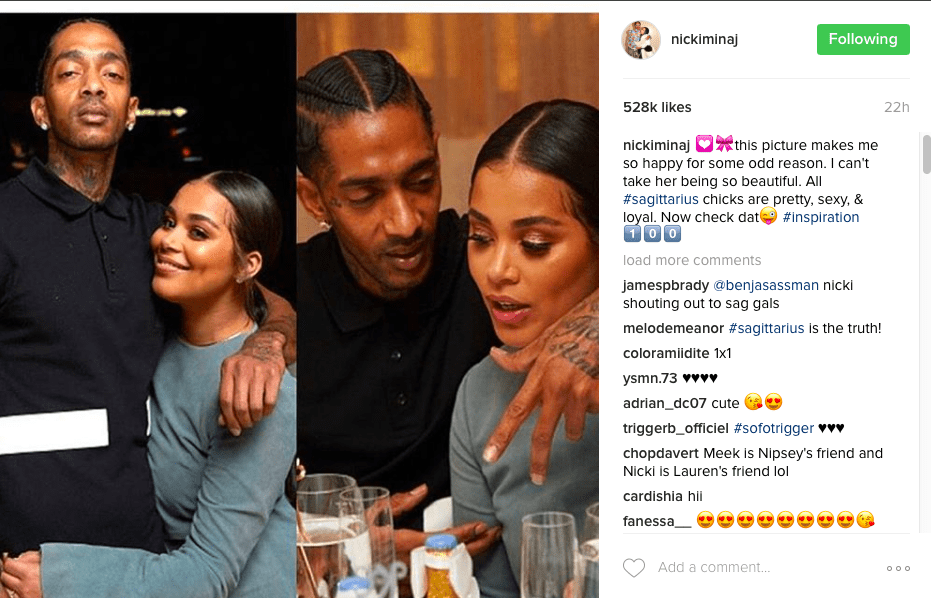 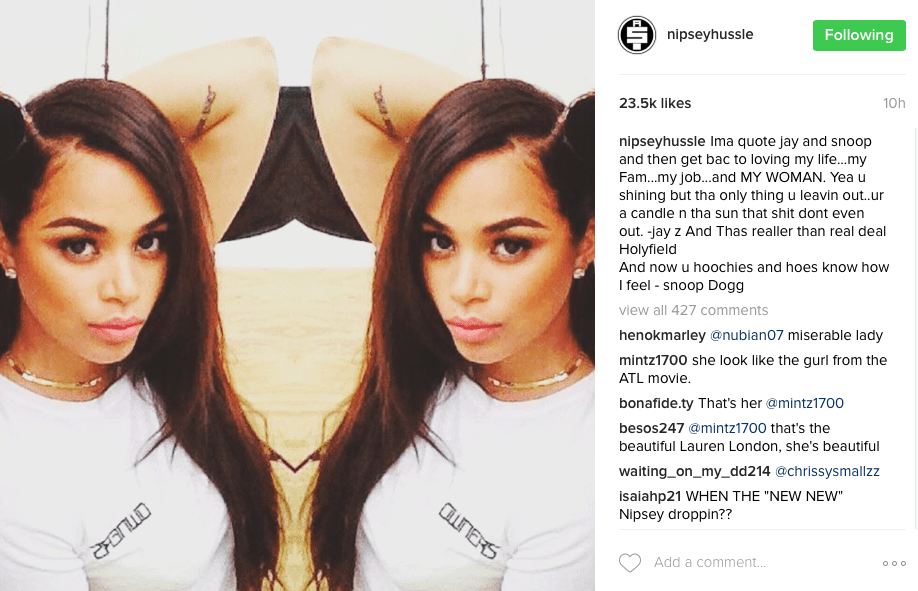 This week, rumors on the internet ran rampant suggesting that longtime couple Nipsey Hussle and his girlfriend, Lauren London who is currently very pregnant broke things off. This week fans feared for the worse, following London not publicly sending out any Birthday well wishes to her baby’s father after celebrating earlier this week. (Hot 97)