Latto is finally giving her fans the big album release after teasing them with several standout singles.  The “Big Energy” hitmaker took to her Instagram to announce her highly anticipated sophomore album, “777.” 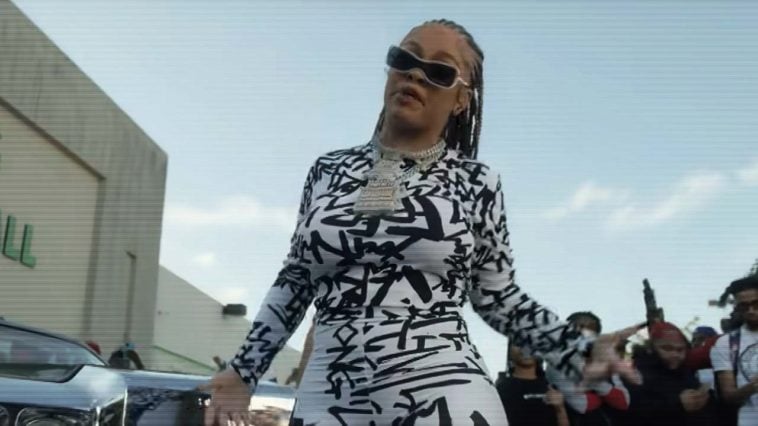 The Southern Belle’s cover art is definitely symbolic. The cover shows the 23-year-old rapper in a silky blond wig, wearing a white two-piece short set, and thigh-high boots to match.

Latto is posted in front of a target with knives flying in the air at her, which could symbolize the constant backlash and criticism she dodges.  She recently addressed the attacks, saying “I hate this Latto hate train I feel so misunderstood being I’m literally the least problematic person ever.”

The post was quickly co-signed by Ms. “Booed Up” Ella Mai, whose album is coming soon down the pike.  (Could there be a collabo in the works?)

We’re ready to see what Latto is bringing with this new album.

Latto has been giving us fire projects leading up to her second studio album. Recently she dropped her new single, “Wheelie” with Atlanta rapper 21-Savage.   The music video takes us to the streets with decked-out rides, flashy motorcycles, and of course, Big Latto surprised us all as she showed out with her choreography and “big energy.”

Meanwhile, Latto has squashed the rumored beef she had with up-and-coming rapper Omeretta the Great when she hopped on the remix to the controversial track “Sorry Not Sorry.”  Latto repped her hometown of Clay County, Georgia – better known as “Clayco” – and poked fun at Omeretta’s “not Atlanta” hit saying, “We only tell tourists that we from Atlanta.” 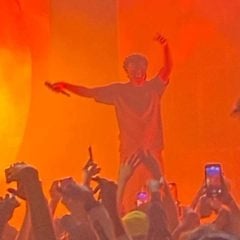 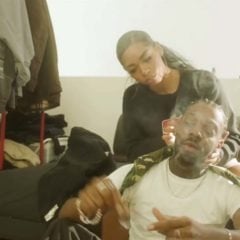