Reality TV star Kylie Jenner is going to make sure Travis Scott is here for the long haul. New reports claim Kylie is happy af with the Texas rapper in her life.

“She is happy for the first time because she is in a relationship built on trust,” our source told us. “She is never worried when Travis gets text messages that he could be sneaking a side piece behind her back the way she was always suspicious of Tyga,” says the source. It’s great to see that Kylie has met someone who treats with her respect and helps her mature as a human being. “Kylie has never been more happy or secure than she is with Travis. She feels like this is her first real, healthy relationship as an adult.” (Hollywood Life)

This week, buzz developed about Travis and Kylie finally turning into an official couple. 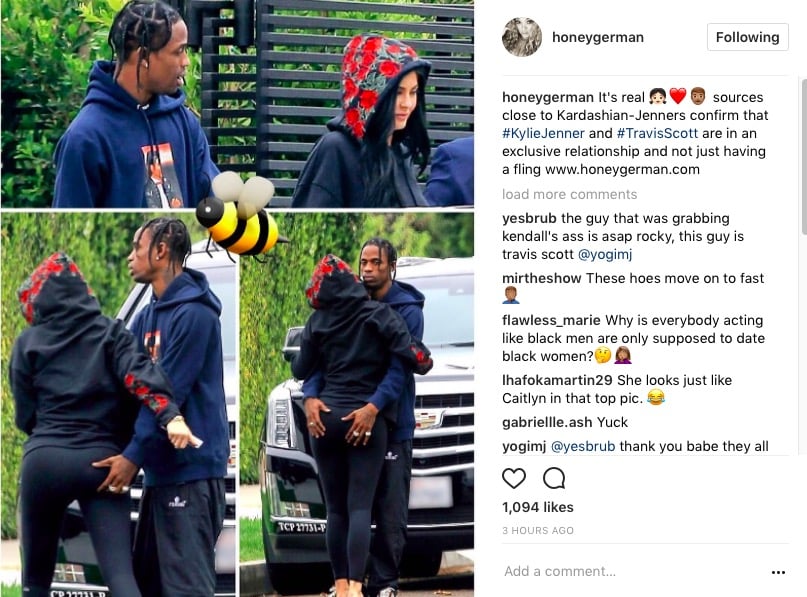 A few days ago, a new pic surfaced of Travis getting super hands on with Jenner.

Kylie Jenner and Travis Scott hug and kiss when they say goodbye … and play a little grab ass too. Kylie was with the rapper at his home in L.A. for a couple hours Wednesday before they walked out together and packed on the PDA in front of her ride. Kylie didn’t leave without also getting a piece … of art, that is. (TMZ) 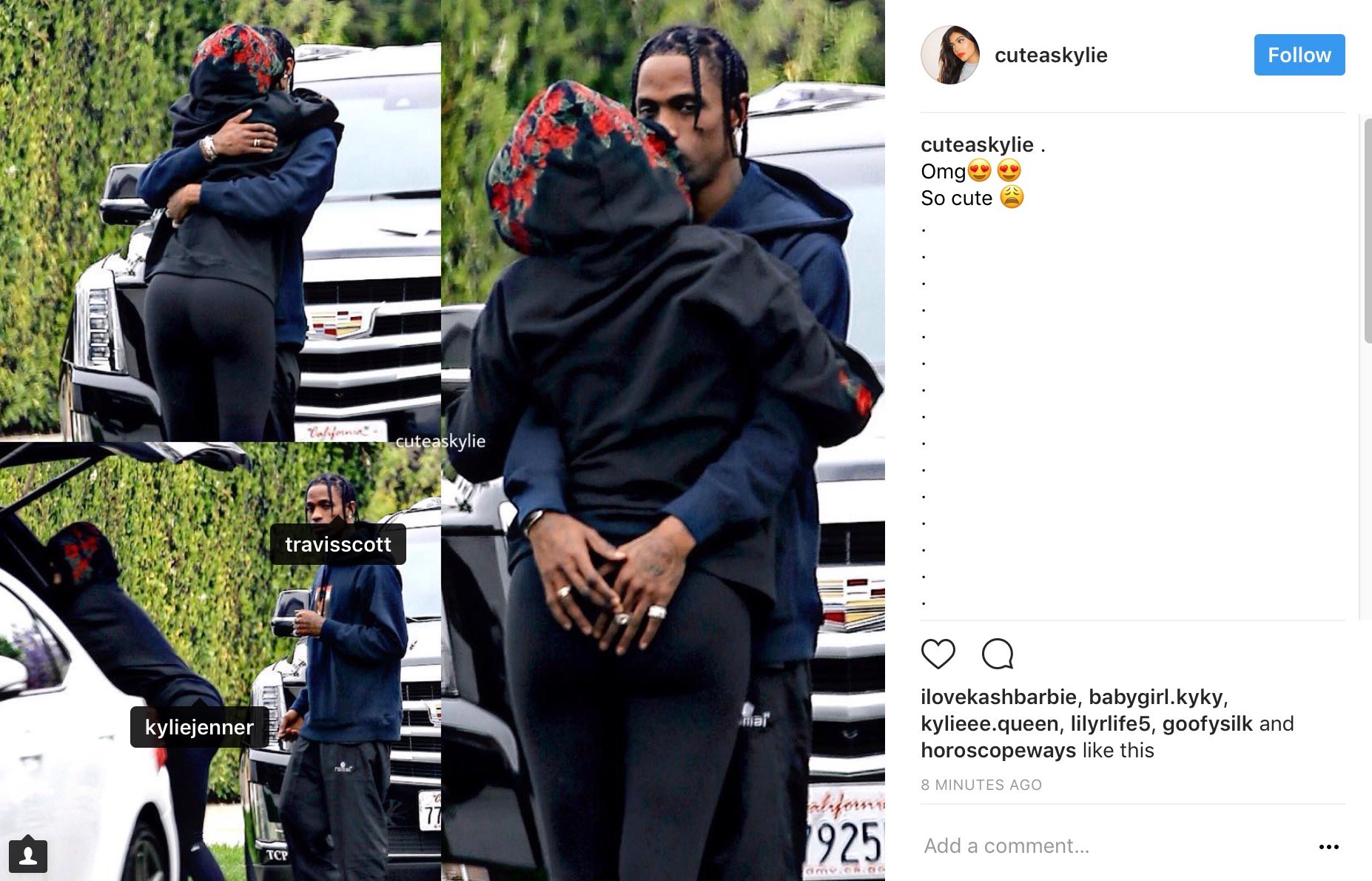 In late May, a pic emerged of Trav and Kylie hanging out in the reality TV star’s town. 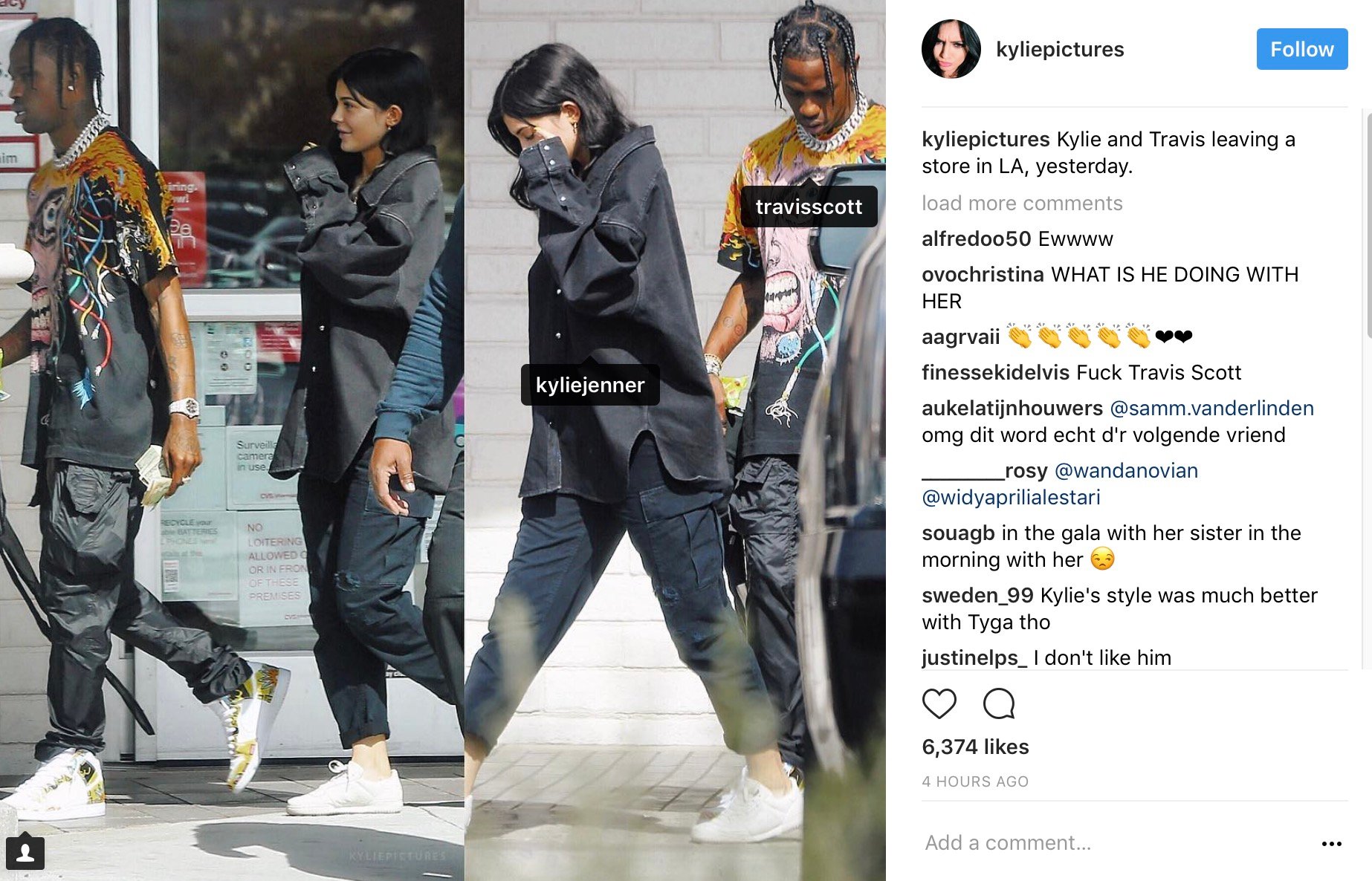