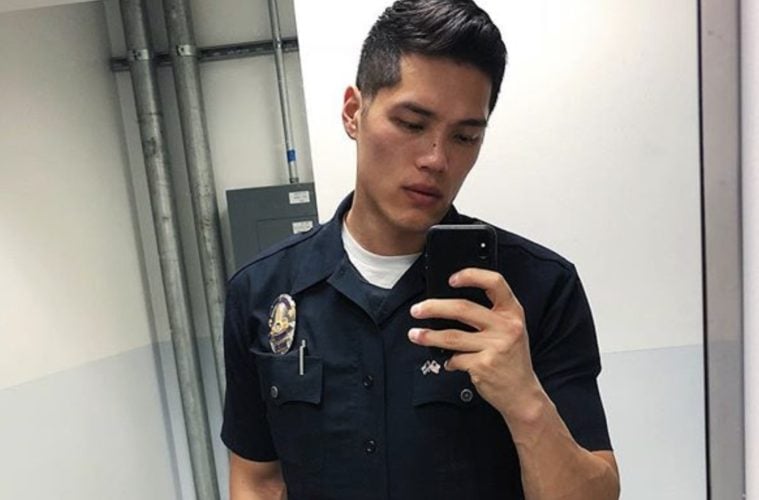 This weekend, Chung relied on Instagram to set the record straight and distance himself from the intensified speculation.

Our Kylie sources say the rumor is just that, a rumor with no basis in fact. Our Kylie sources say it’s humanly impossible for Chung to be the dad because he never had sex with Kylie. It’s not the first time Stormi’s paternity has been called into question … shortly after her birth, stories surfaced claiming Kylie’s former bf, Tyga, believed he was the baby’s father. (TMZ)

It looks like the wild rumors that Kylie Jenner’s bodyguard Tim Chung is Stormi Webster’s real dad are starting to weigh on Travis Scott and his family. Even his mom is beginning to get suspicious, and a source tells In Touch exclusively that she wants proof via a paternity test that Stormi is her granddaughter. “Travis’ mother is taking a page out of Kris Jenner’s handbook: she’s telling him to get a paternity test,” an insider revealed. “She thinks it’s important for Travis to shut up all his haters who think [Kylie’s] bodyguard is the father. [Travis’ mom] likes Kylie but is old school and is skeptical of everything and everybody. While Travis is laughing at the rumors and thinks people are being ridiculous, Wanda wants him to absolutely sure.” (In Touch Weekly)

Over the past few days, speculation has intensified on Kylie’s daughter possibly being her security’s.

Kylie Jenner’s baby is her bodyguard’s, change my mind. pic.twitter.com/Gkea1q7jFn

Why am I glad that Kylie Jenner's bodyguard is more likely to be baby Stormi's father than Travis Scott? 😀 pic.twitter.com/dq2M9brLLu

Never will understand how celebrity babies like @KylieJenner adorable one always look like the bodyguard or driver the first few months after delivery. Hold tight @trvisXX she will favor you in a couple more months. Just ask @DaRealAmberRose she’ll confirm this truth pic.twitter.com/v9NvVCVSKX