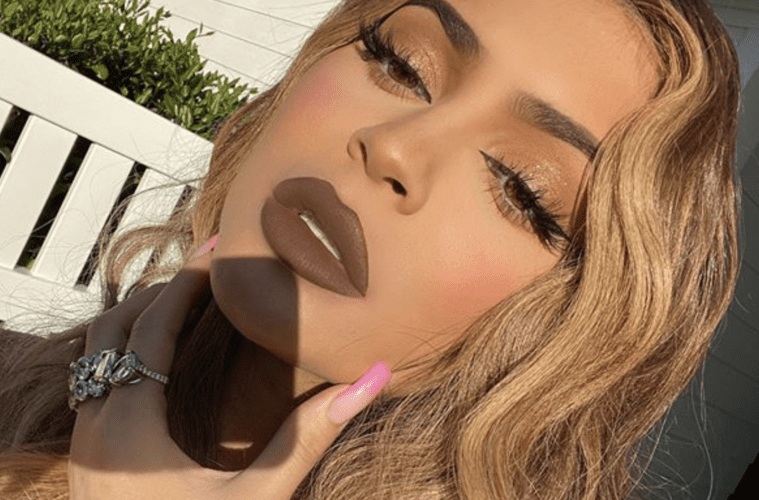 Kylie Jenner Ethers Forbes After Getting Stripped Of Billionaire Crown: “That’s Your Proof?”

Reality TV star Kylie Jenner has nothing but smoke for Forbes. The hip-hop baby mother to Travis Scott has come forward to address getting accused of lying about her wealth and billionaire status.

On Friday, Jenner put her Twitter fingers to work. The 22-year-old lit up her feed with ample shade aimed at Forbes‘ reputation and denied lying about her success.

“what am i even waking up to. i thought this was a reputable site.. all i see are a number of inaccurate statements and unproven assumptions lol. i’ve never asked for any title or tried to lie my way there EVER. period … “even creating tax returns that were likely forged” that’s your proof? so you just THOUGHT they were forged? like actually what am i reading. but okay i am blessed beyond my years, i have a beautiful daughter, and a successful business and i’m doing perfectly fine. i can name a list of 100 things more important right now than fixating on how much money i have this is literally the LAST thing i’m worried about right now” -Kylie Jenner’s Twitter

According to initial reports, Jenner might not have a billion dollar net worth in 2020. Fresh details claimed specific tax documents suggest she’s overvalued.

Jenner, now 22, was named last year by Forbes as “The Youngest Self-Made Billionaire Ever.” Jenner had made millions from her company, Kylie Cosmetics, which she later sold a 51% stake to the beauty company Coty in a deal that valued her company at $1.2 billion. But, Forbes’ Chase Peterson-Withorn and Madeline Berg reported this week that Jenner and her mother, Kris Jenner, inflated their wealth in documents they provided to the publication about Kylie’s personal wealth and her company’s revenue. (Business Insider)

Financial publication Forbes believes Kylie hasn’t kept things 100 for years. It speculates her team didn’t tell the truth about how much her brand has made on an annual basis.

The business was never that big to begin with, and the Jenners have lied about it every year since 2016—including having their accountant draft tax returns with false numbers—to help juice Forbes’ estimates of Kylie’s earnings and net worth. While we can’t prove that those documents were fake (though it’s likely), it’s clear that Kylie’s camp has been lying. (Forbes)

A few weeks ago, Kylie hit up her social media pages to gush over her boyfriend. Jenner celebrated Scott’s birthday with some precious shots of him clocking in daddy duties with their daughter Stormi Webster.

“DADA 🤍 happy birthday to daddy of the year! i’m slowly but surely starting to accept the fact that storm is a daddy’s girl. 😫 but whatever. we went half on greatness! the most beautiful, smart, loving and funny little baby. the best gift. ok i’m crying. love you forever! @travisscott” -Kylie Jenner’s Instagram