According to reports, Black and P’s low-key relationship dates back to early 2017. A few days prior, Black dug into his personal life with “My Cousin.”

On Wednesday night, the 20-year-old Florida rapper delivered a new track called “My Cousin” on his official YouTube page. The song arrives nearly a month after Kodak was released from jail, and finds the rapper reflecting on his past struggles as well as the recent shooting of his cousin. (Complex) 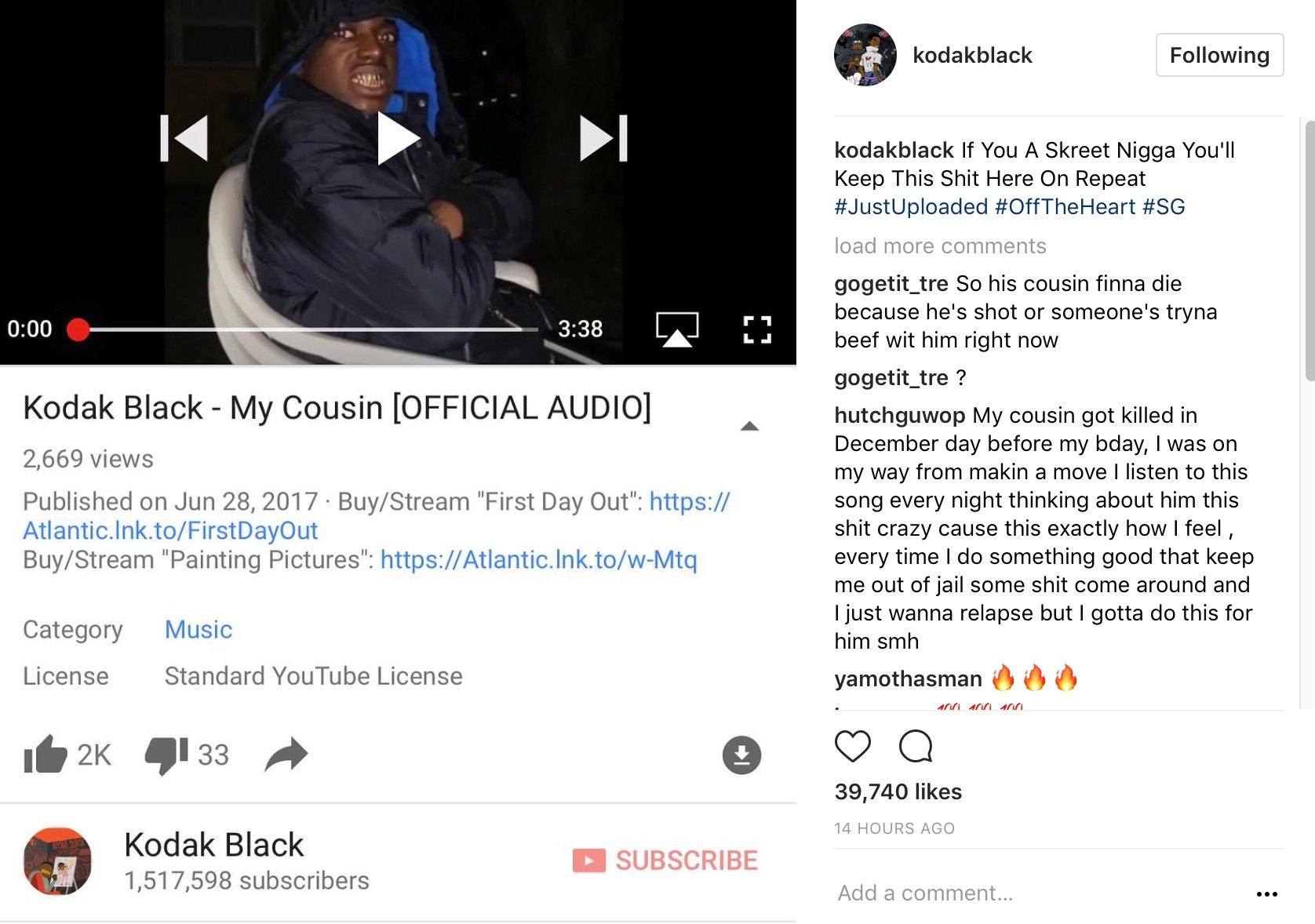 Recently, Black returned to Instagram and compared his record sales to Young Thug‘s. 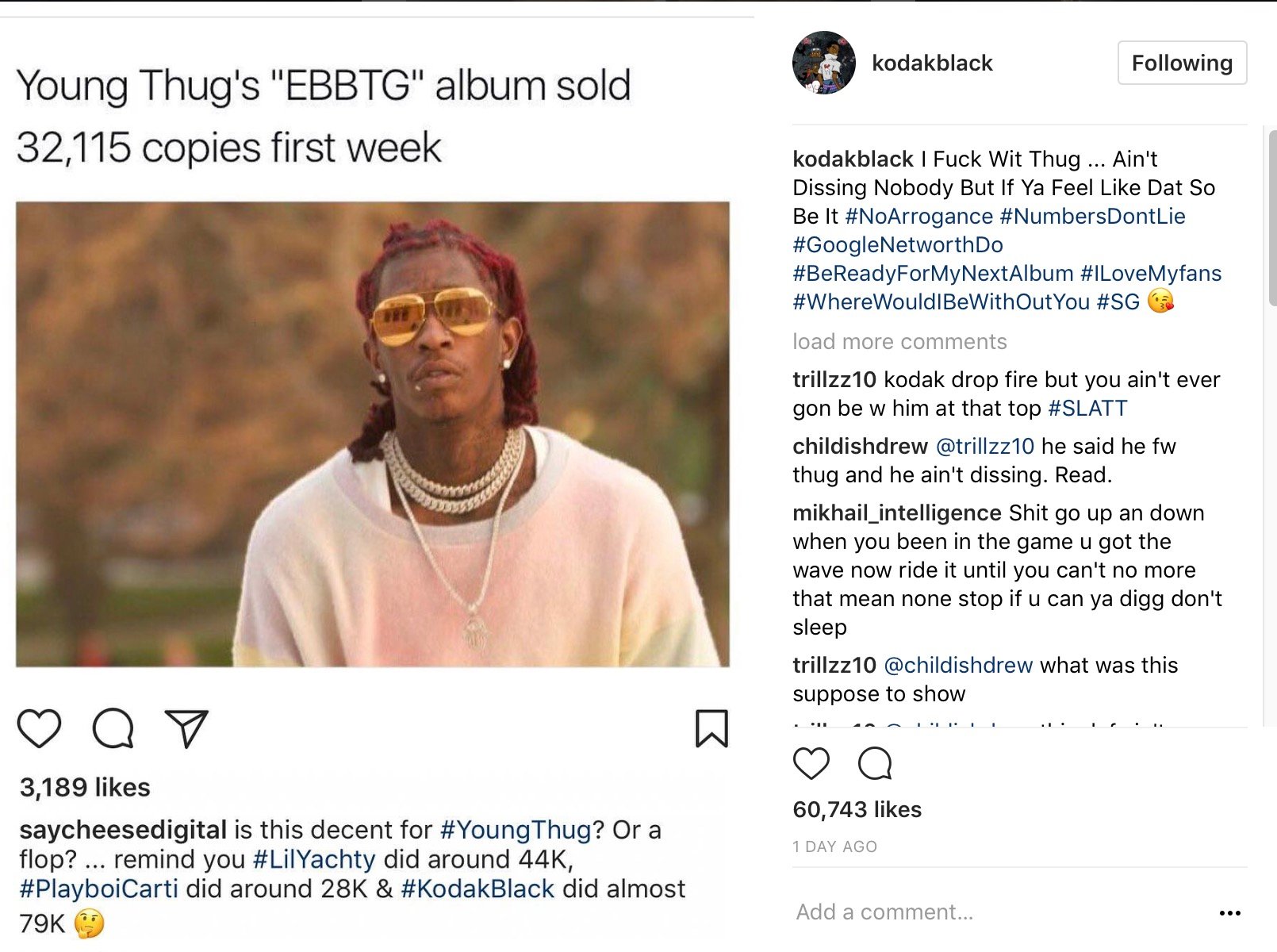