Kodak Black Refuses To Address Lil Wayne Beef: “I Don’t Even Want To Talk About It” [Video]

During an appearance on “The Breakfast Club,” Black tried to bury his now-infamous words.

“Right, [laughs], yeah,” Black said when told he should out-rap Lil Wayne instead of beat him up. “I don’t even want to talk about it. He’s too old. That’s what I said, that’s what I said, you know what I’m saying? Y’all ain’t finna have me tweeting right now. … I said that, I did say that.” (“The Breakfast Club”)

This week, Cash Money’s Turk tried to put an end to the Black/Wayne feud. 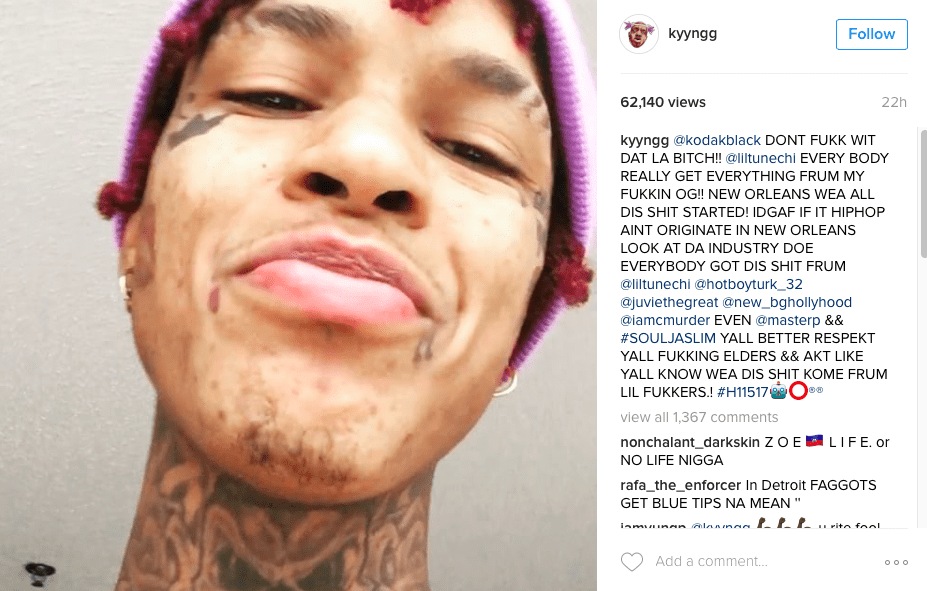 A few hours prior, G-Unit’s 50 Cent released a clip of someone trying to fight Kodak in place of Wayne.