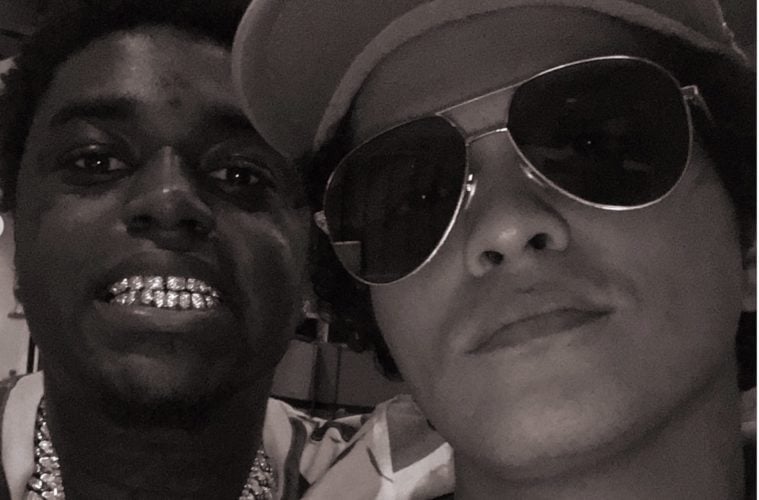 Florida rapper Kodak Black might be sitting on some 24 karat audio magic right now. The hip-hop artist has quietly linked up with pop superstar Bruno Mars.

On Thursday, Bruno treated fans to a slideshow of in-studio pics of himself alongside KB.

This week, reports developed about Black having his probation fade to black.

Kodak Black is now officially a free man. According to documents obtained by Complex, a Florida judge has terminated Black’s probation. The rapper, who recently changed his real name to Bill K. Kapri from Dieuson Octave, was released from prison on August 18 after serving seven months of his yearlong sentence. (Complex)

Turns out, the 7 months did wonders for his going rate. We’re told a number of promoters have reached out to his camp with offers. He was asked to perform at a D.C.-area college for $100k, not to mention an offer from a venue in South Dakota for $105k and a weed festival in Oregon for a little more than $100k. He even turned down a Labor Day gig in Tallahassee for $125k! Do the math — that adds up to well over $400k Kodak’s leaving on the table. Sources say it’s all because his priority is recording new music. (TMZ)

Kodak Black filming his first music video since being released from jail 🙏🏼 pic.twitter.com/5FiDyjrrwY