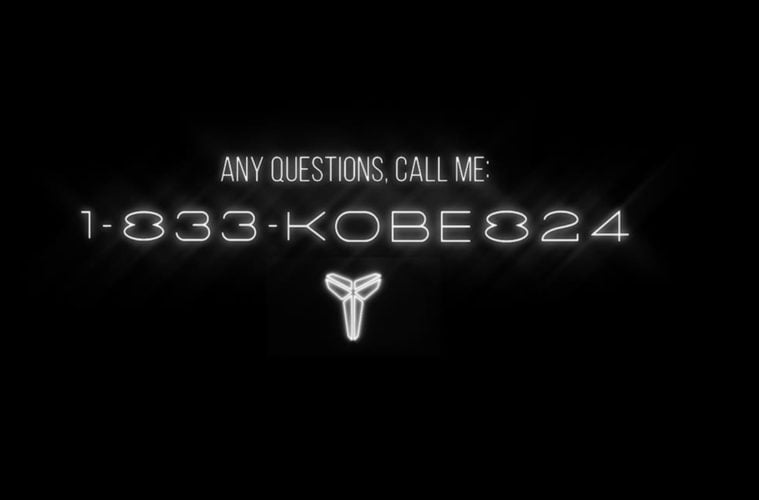 The Black Mamba went to Instagram Thursday (August 24) and hit up K. Dot with a challenge to enhance a Compton school’s music program. 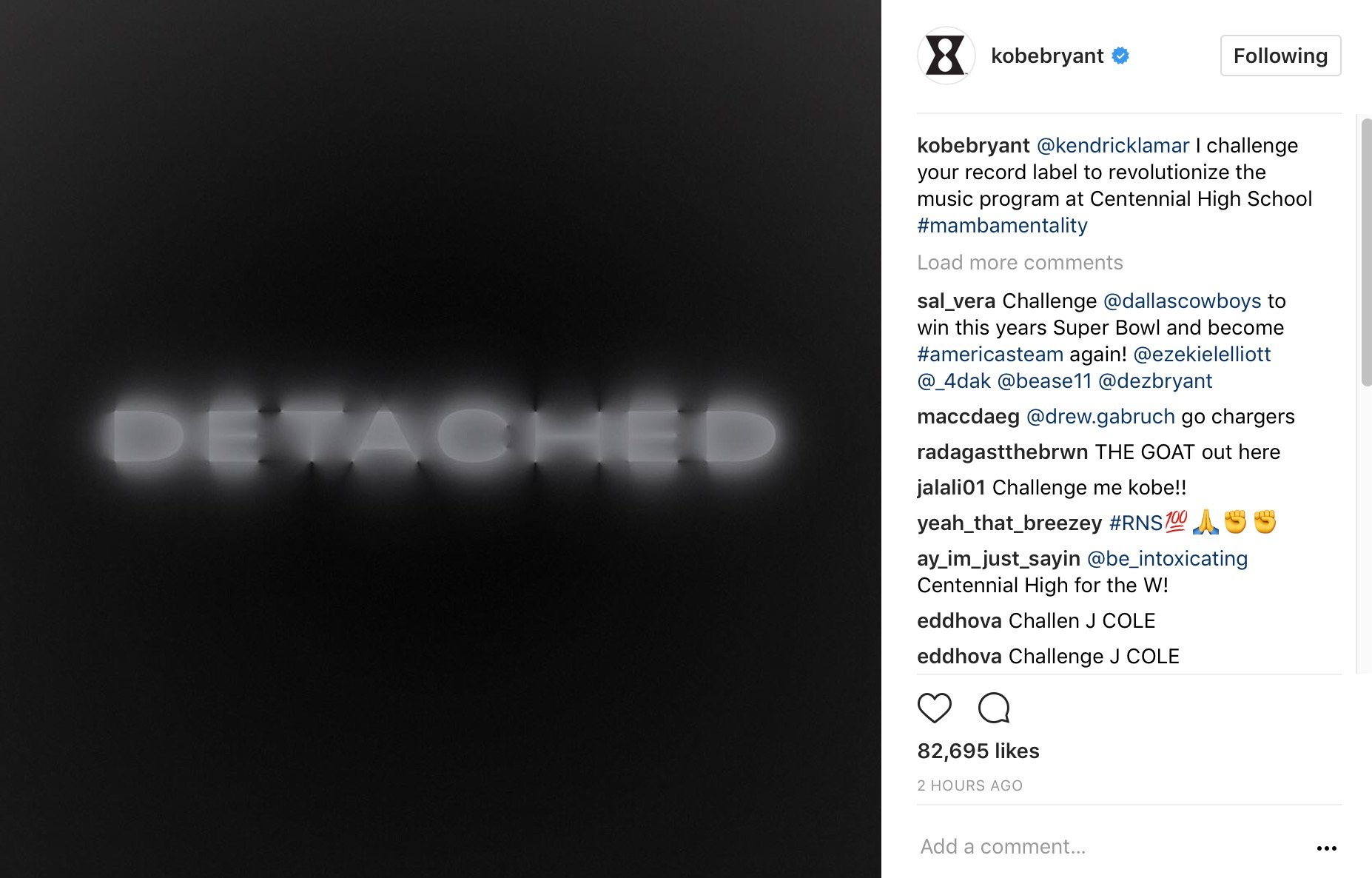 Along with Lamar, Kobe made sure to hit up other high-profile celebs with challenges. 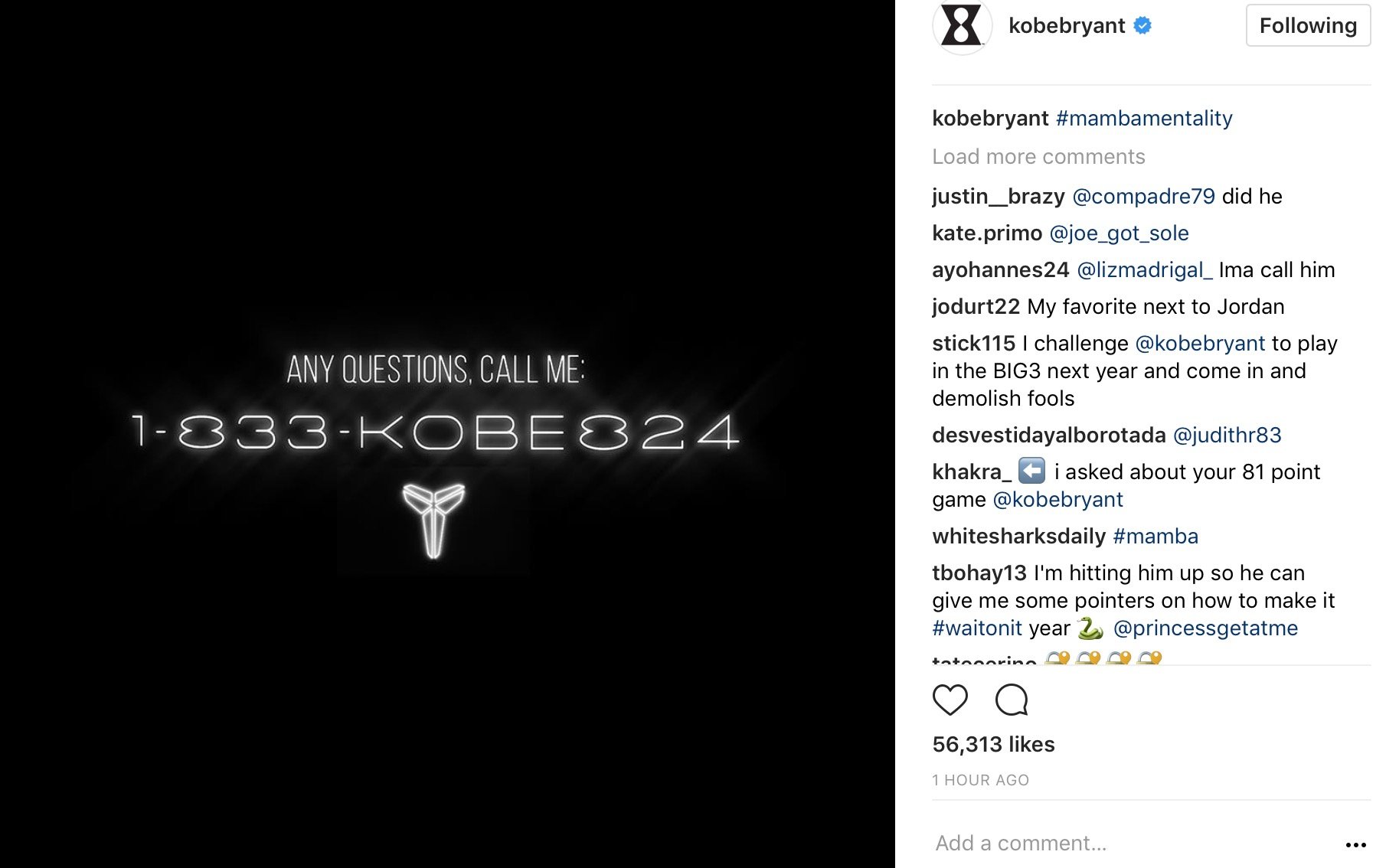 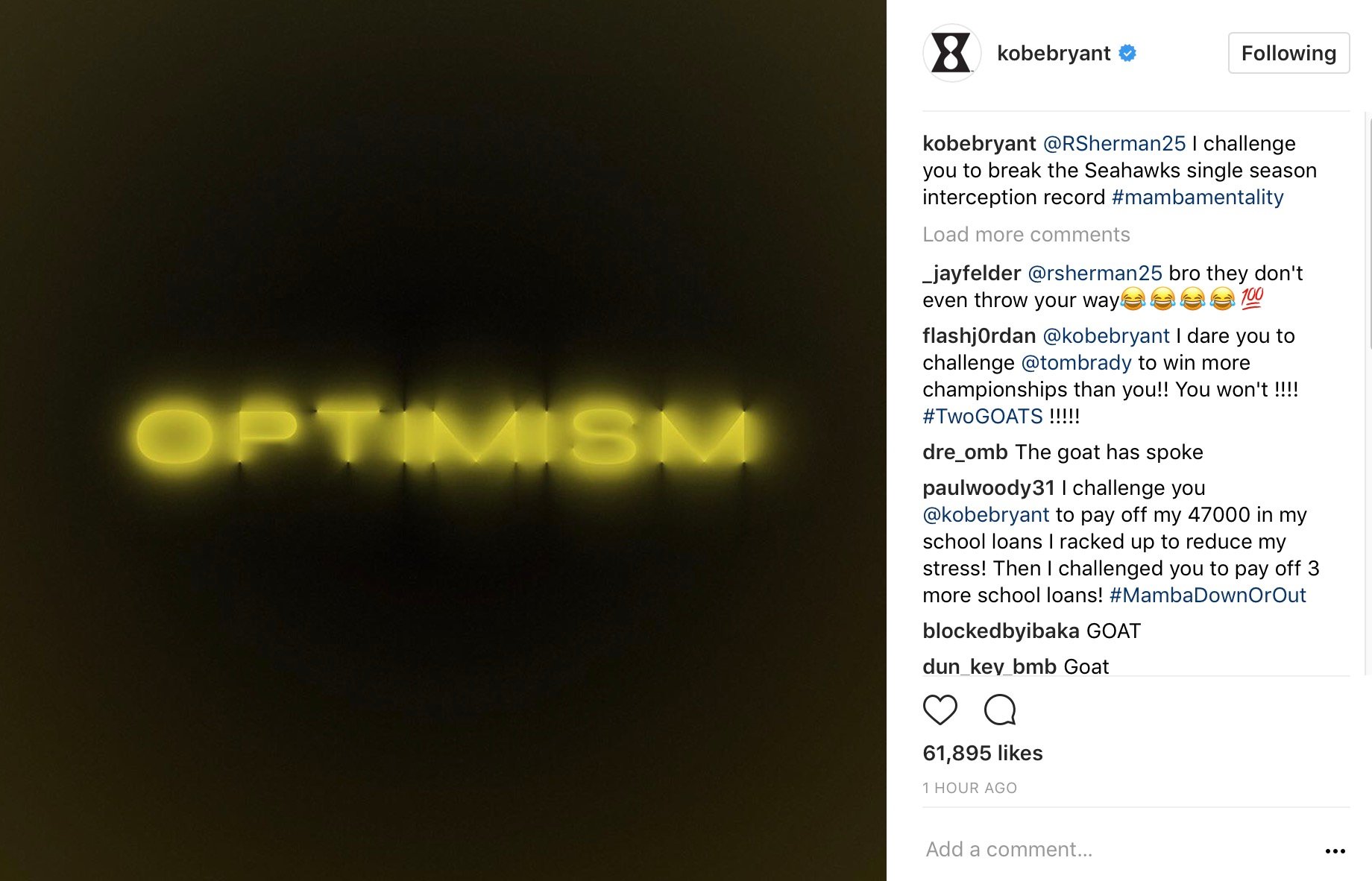 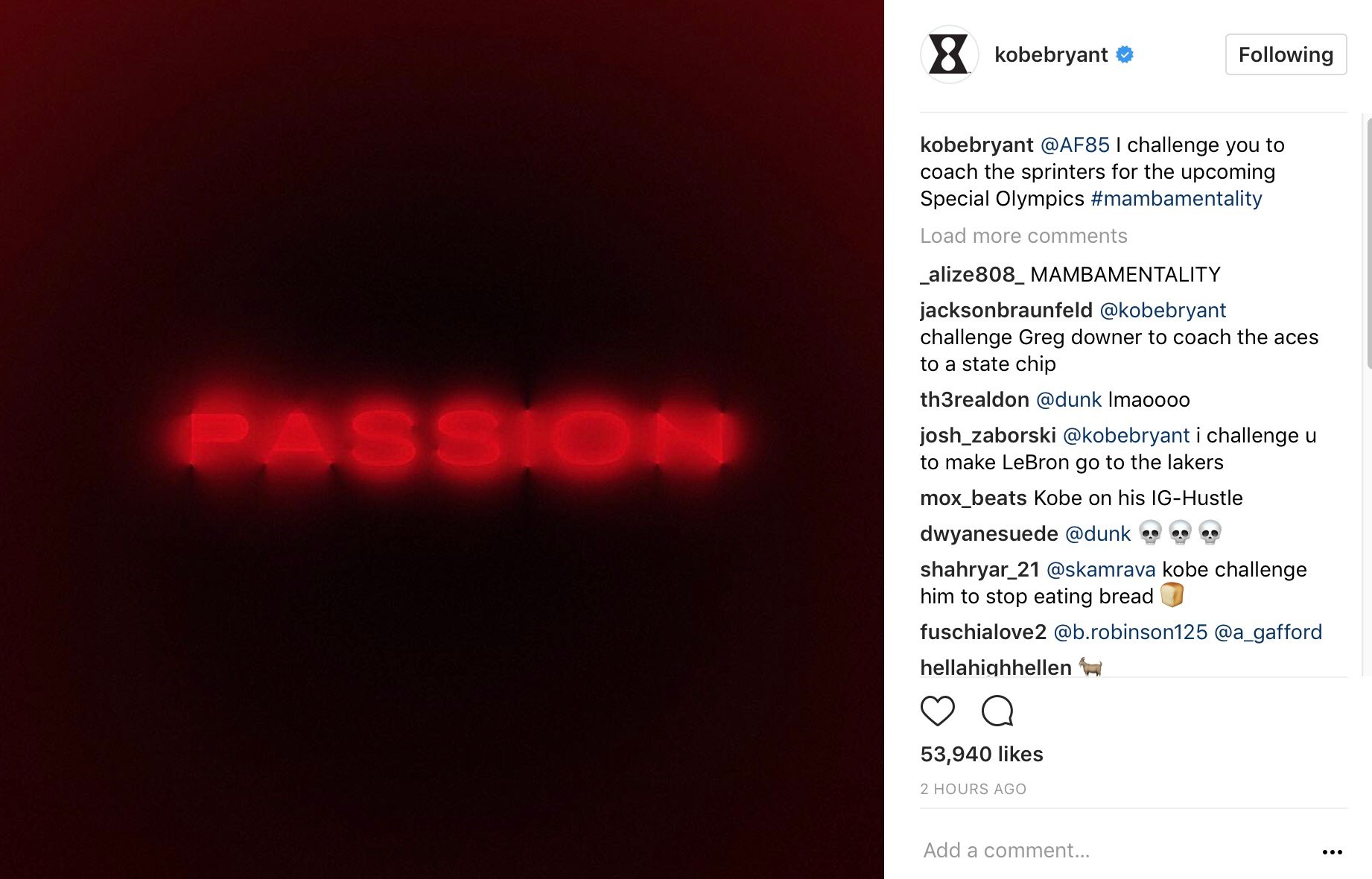 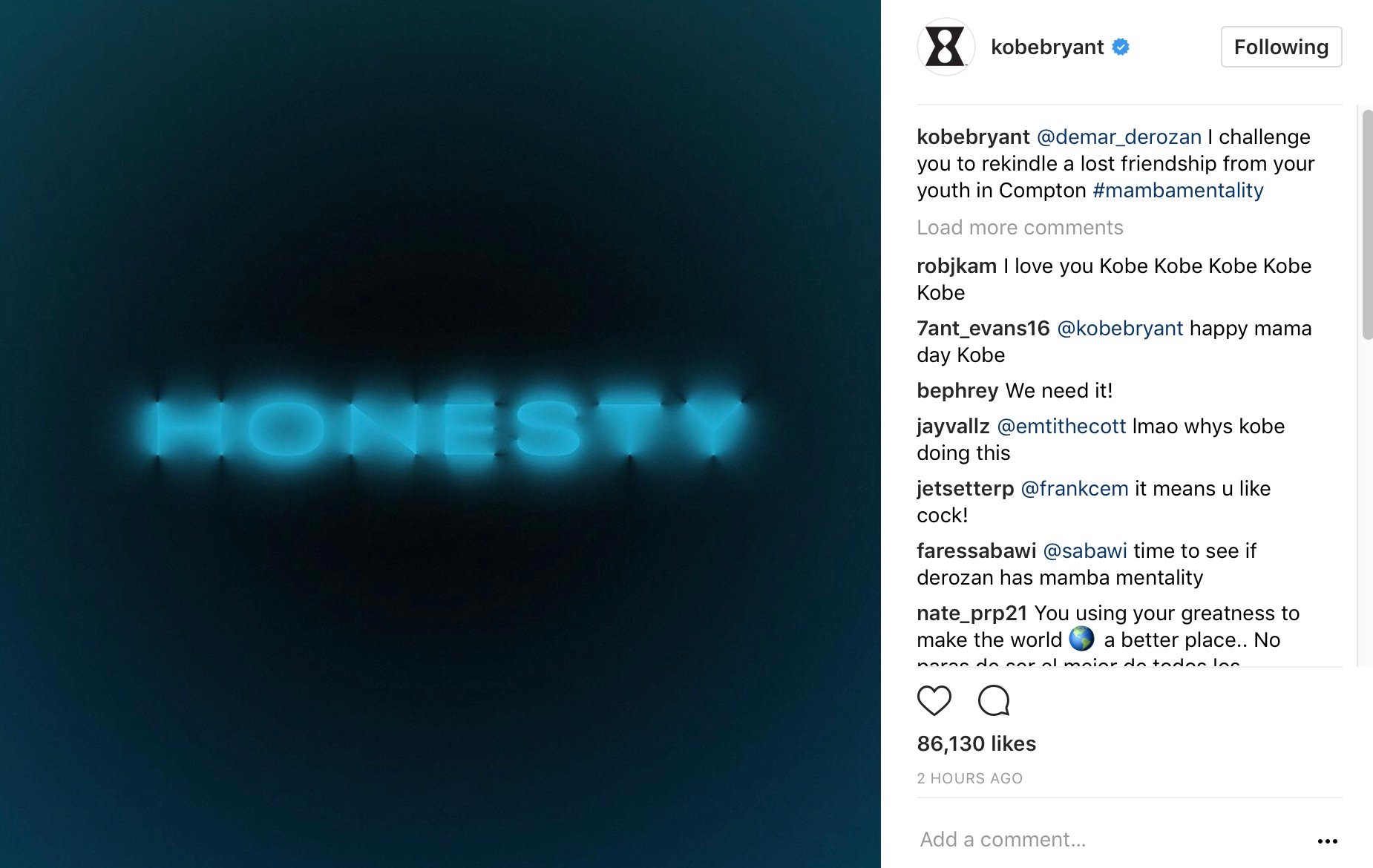 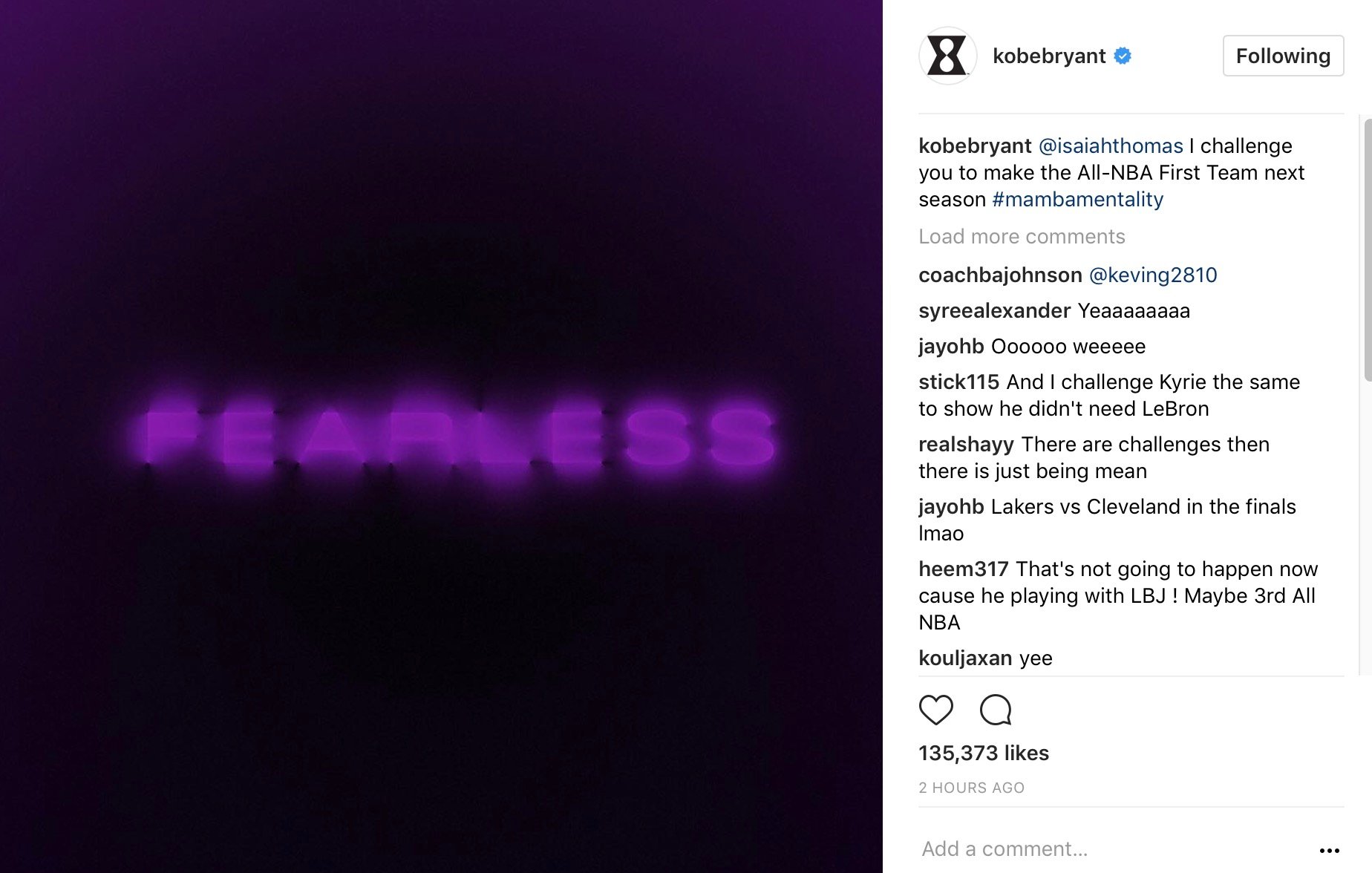 Kendrick Lamar is currently on tour behind his excellent DAMN. album, and tonight, he played Chicago’s United Center. He brought out hometown hero Chance the Rapper for “No Problem” from Chance’s 2016 album Coloring Book. (Pitchfork)

A night prior, Lamar went to Instagram with a pic of himself and Dreamville’s J. Cole. 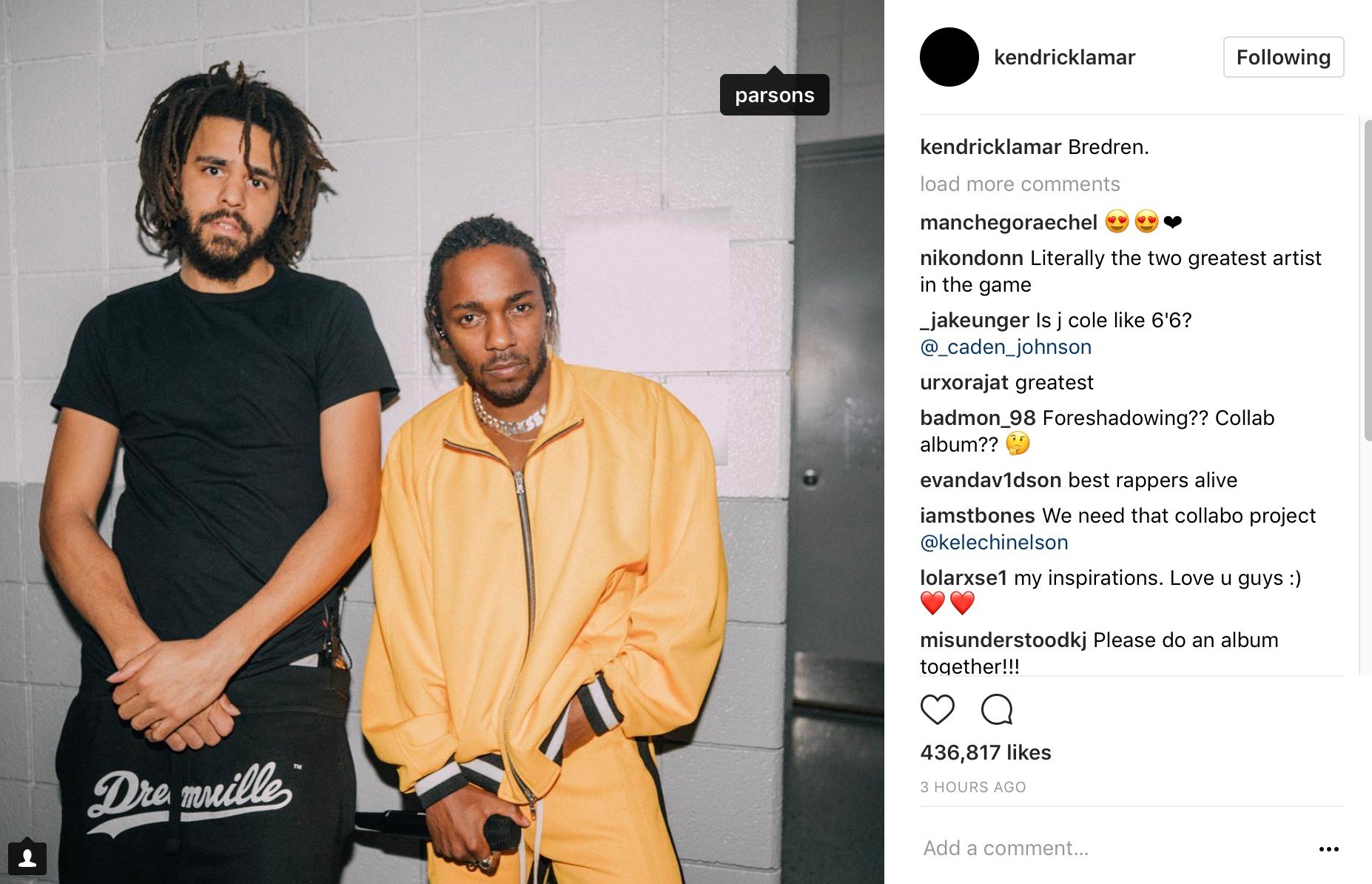