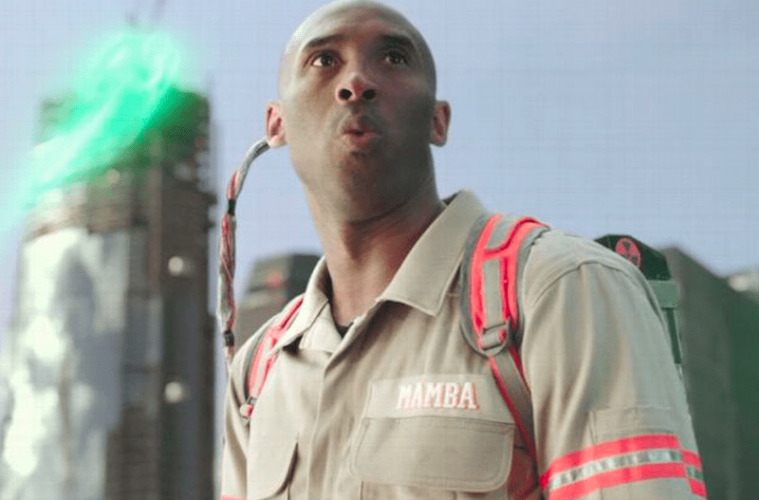 Fresh Friday. It’s a day to feel fresh SOHH why not get things going with Kobe Bryant and Carmelo Anthony seeing some ghosts? Speaking of craziness, how about Snoop Dogg calling out all of the fake Golden State Warriors fans? Everyone’s a fan of Chance The Rapper but should we be mad or proud of him nearly signing a major record label deal? All this coming up in SOHH Whatcha Think.

Are you going to see the new Ghostbusters movie when it comes out this summer? The advertising is getting pretty crazy and you now can’t watch the NBA Finals without seeing some wild promo. Now Kobe Bryant and Carmelo Anthony have joined the craze? Twitter has the latest promo:

Are you feeling this? Think you might check out the movie? Does Slimer look awesome or nah? #SOHHWhatchaThink?

It’s no secret Snoop Dogg loves to speak his mind, but is he going too hard on all of the Warriors fans out there? We know he’s always representing for the Los Angeles Lakers, but is he stating facts or just being jealous? Snoop Dogg’s Instagram is on it:

Can you believe the movement Chance The Rapper has going on right now? He’s easily one of the top musicians not just in hip-hop but in the biz and it’s incredible. He’s pushing the independent grind even further but almost signed a major deal a few years back with Sony? Institute Of Politics has the footage:

Do you think he should have signed? Is Chance destined to go major? Can you really win without major support? #SOHHWhatchaThink?