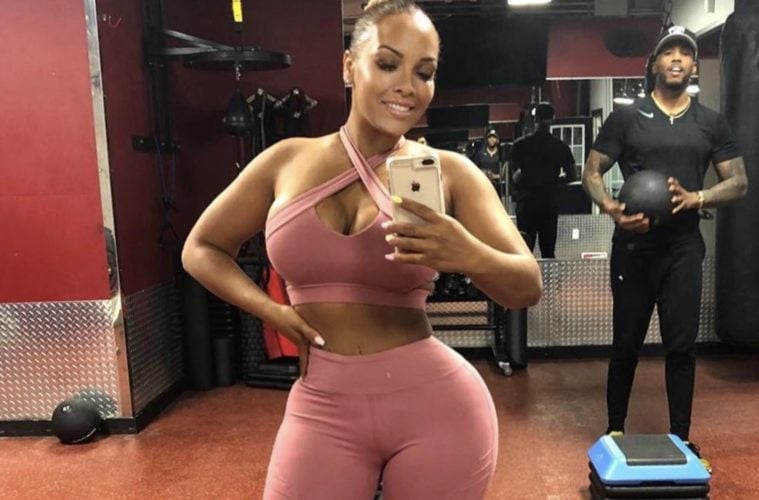 Kimbella Pens Open Juelz Santana Message: “You’ll Be Home Soon To Those Who Love You So Much!!”

Model Kimbella is ride or die for her man. The hip-hop vixen has come forward to show support for her jailed bae Juelz Santana.

Kim went to Instagram this weekend with a heartfelt open message to Santana who is currently behind bars following a recent publicized airport incident.

I know it’s hard my love but you will be home soon! It’s all in God’s hands, there’s a reason for everything that happens in life.. even though this is a difficult time you are LOVED by many!! GOD’s got something BIG planned for you but you gotta get through this first, have that clear & clean mindset. I’m here always in your corner paving the way to greatness! You’ll be home soon to those who love you so much!! Chin up, prayers up, GOD is the greatest!! 🙏🏾🤗😇😘😘💜 #Santana #GodIsTheGreatest #PrayedUp #JuelzTheGoat #LovedByMany

Earlier this week, Juelz appeared in court and pleaded not guilty to both drug and gun charges from his Newark Liberty International Airport incident.

Santana entered his plea in Newark on Wednesday to two state weapons charges and a drug possession charge. His next court hearing is scheduled for April 9. Santana also faces federal charges stemming from the same incident and is being jailed while the case proceeds. (Page Six)

According to a report, Judge Joseph Dickson ruled against Santana leaving jail Monday (March 13) and forced him to remain in a New Jersey facility until later this month. However, the rapper’s attorney Brian Neary is aiming to get Juelz out.