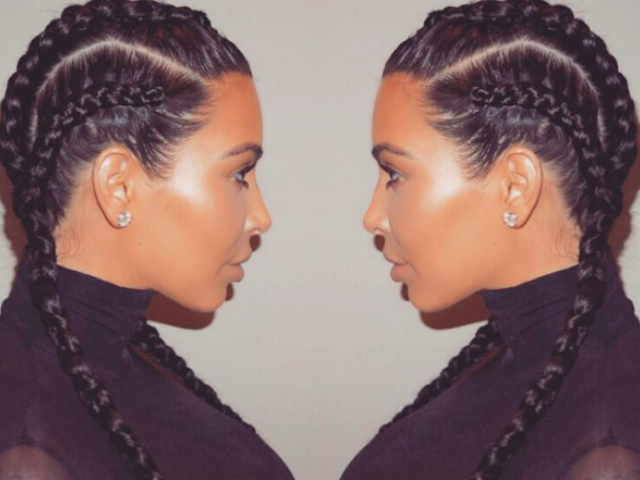 Reality TV star Kim Kardashian‘s isn’t hurting enough to avoid published stories about her publicized France robbery. The entertainment personality has lawyered up and sued a Media Take Out.

According to reports, Kim’s mad af about the gossip publication claiming she may have staged the crime.

Kim just filed a federal lawsuit against MediaTakeOut.com for 3 posts about her ordeal … one of which alleged there was evidence Kim “staged” the robbery. In the lawsuit, obtained by TMZ, Kim says the site used random people off social media as its sources. Kim says she immediately sicced her legal team on the site … demanding they retract the posts and apologize, but got no response. So now, she’ll see ’em in court. (TMZ)

This week, Kim’s sister Khloé Kardashian spoke on her current state of mind.

“I mean, she’s not doing that well. It’s incredibly traumatic what happened to her. But our family is super close and great and we’ll get through this together. We do appreciate all of your guys’ love and support. It will take time.” (“The Ellen DeGeneres Show”)

Recent reports revealed Kim’s “Keeping Up With the Kardashians” had its production temporarily suspended.

Shortly after being the victim of a highly-publicized gunpoint robbery, Kim Kardashian West is coming to Chicago with family, the Chicago Sun-Times’ Michael Sneed reports. Sneed says the Kardashians will be in town ahead of and during Kanye West’s Saint Pablo tour show dates at the United Center Friday and the Allstate Arena Saturday. (NBC Chicago)