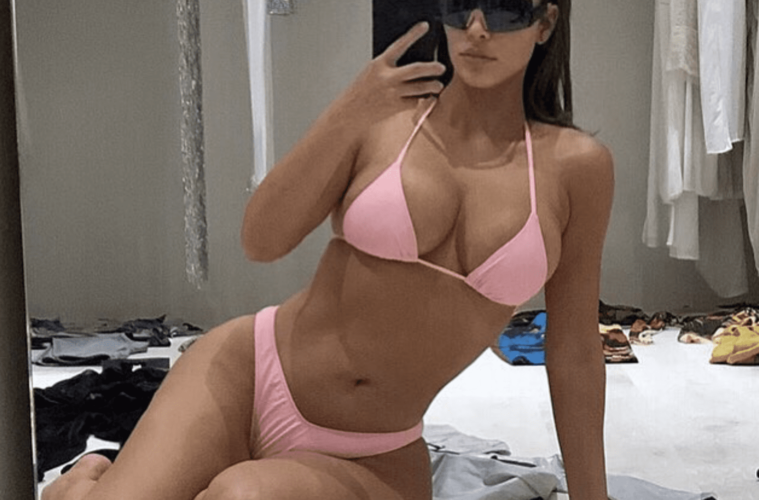 Grammy-winning rapper Kanye West‘s wife is clocking in ample time on her social media goals. Kim Kardashian went online this past weekend to unload everything from thirst traps to vintage memories alongside Yeezy.

On Sunday, Kim made jaws drop with an eye-opening pic of herself flexing major bikini goals. In the must-see shot, she’s posed alongside her sister Kylie Jenner.

Kim didn’t stop there. Kardashian-West also released a super throwback pic of herself and Kanye together on vacation.

During the pre-game festivities, footage of the inseparable pair emerged online. The clip featured both Kim and Kanye sitting courtside at the All-Star game.

“Kim Kardashian gives Kanye West a kiss on the cheek during a break in the action at the NBA All-Star Game.”