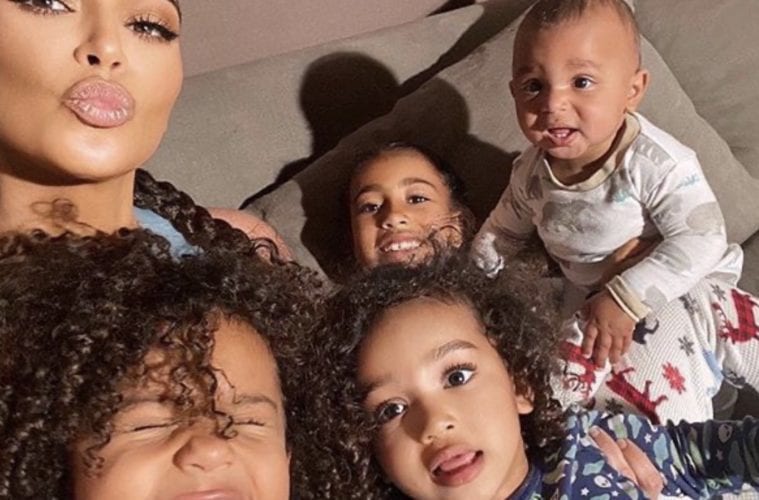 Reality TV star Kim Kardashian is all about putting her family first. The hip-hop wife to Kanye West has returned to social media with some looks at her kids following a public apology from Yeezy.

On Monday, KK hit up her Instagram page with the must-like content. She shared pics of herself flexing in all-red attire and a shot posed next to her daughter North West.