Earlier in the week, Kim K flexed the importance of her mommy duties. 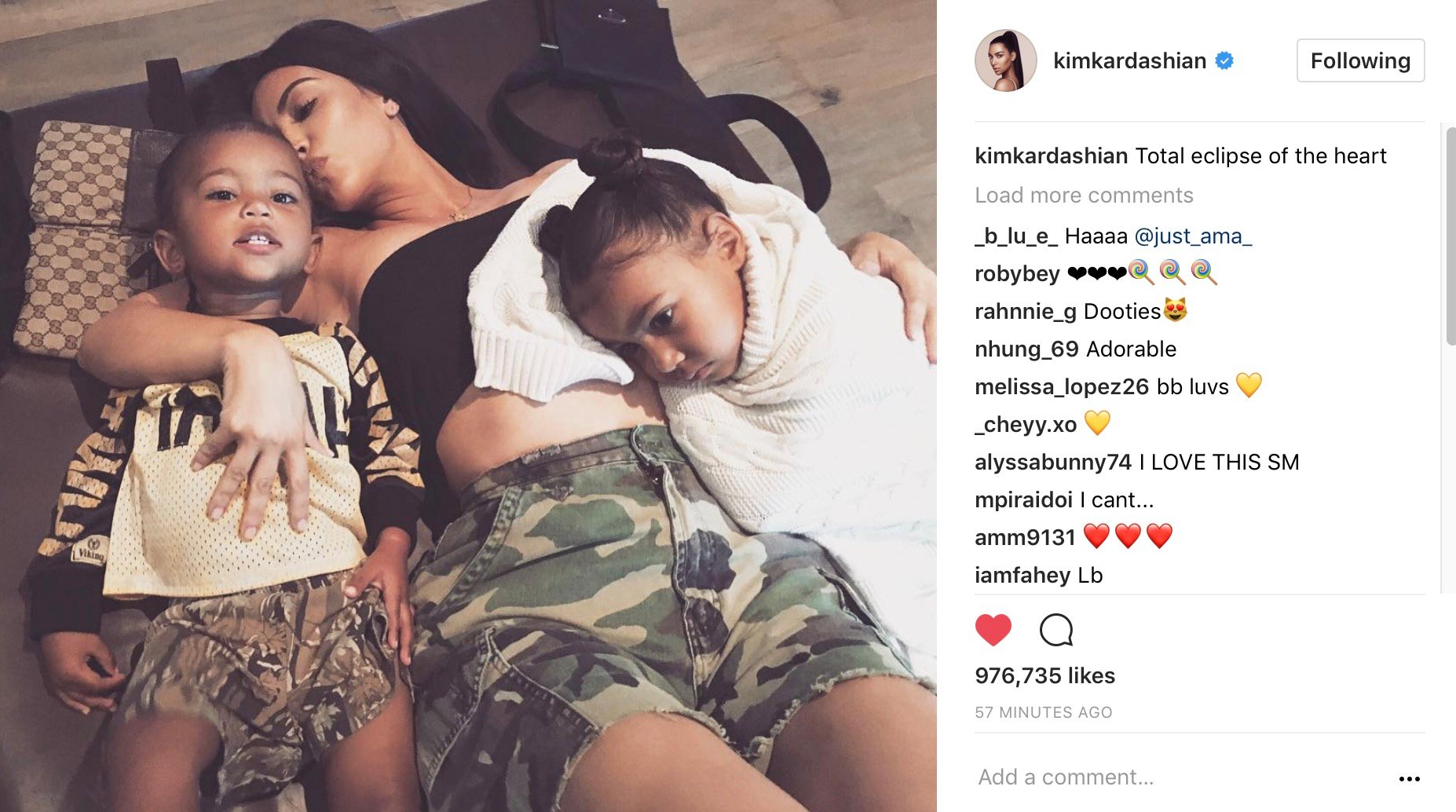 In late July, reports emerged about Kim and her hip-hop hubby Kanye West‘s surrogate expecting to give birth to their third child in early 2018.

Kim Kardashian and Kanye West have reportedly chosen a surrogate to carry their third child — and, according to Us Weekly, she’s already three months along, meaning the baby will be delivered in January 2018. Kardashian’s representative responded to The Hollywood Reporter’s request for confirmation with “no comment.” (The Hollywood Reporter)

A month prior, reports emerged about Kanye and Kim hiring a surrogate.