Despite the perception, Kim K says the entire family is behind Rob and Chyna’s love.

“We’re all on board. We definitely see that my brother is happy and getting healthy, and whatever gets him to that place, you know, we’re happy for him. Chyna’s a sweet girl, and I think we all have so many things going on in our lives that we just want my brother to be happy. Has there been so many crazy things that happened? Yes. Is the whole situation, you know, just…? I think people want to feel like we’re all beefing and have this crazy fight, and we’re really not. I think the drama naturally follows.” (GQ) 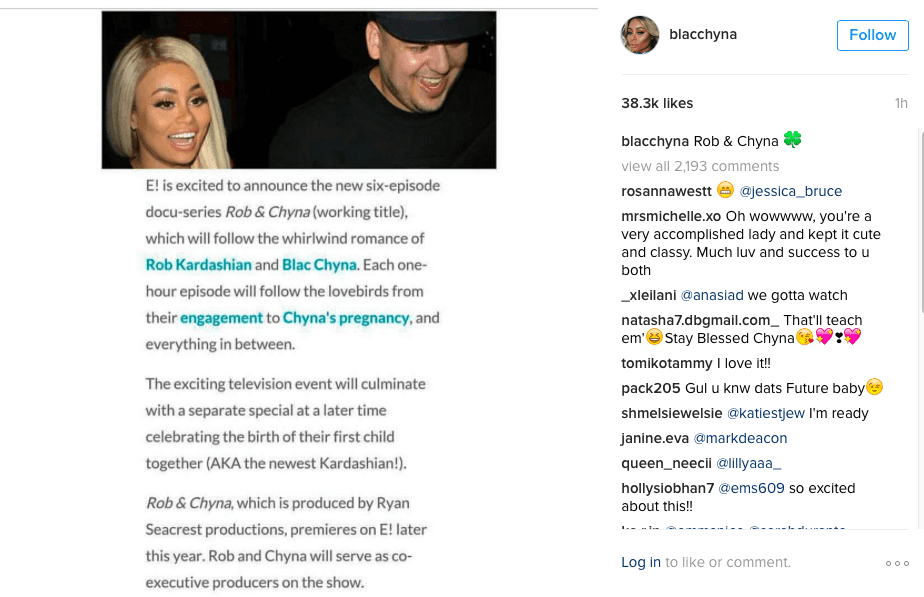 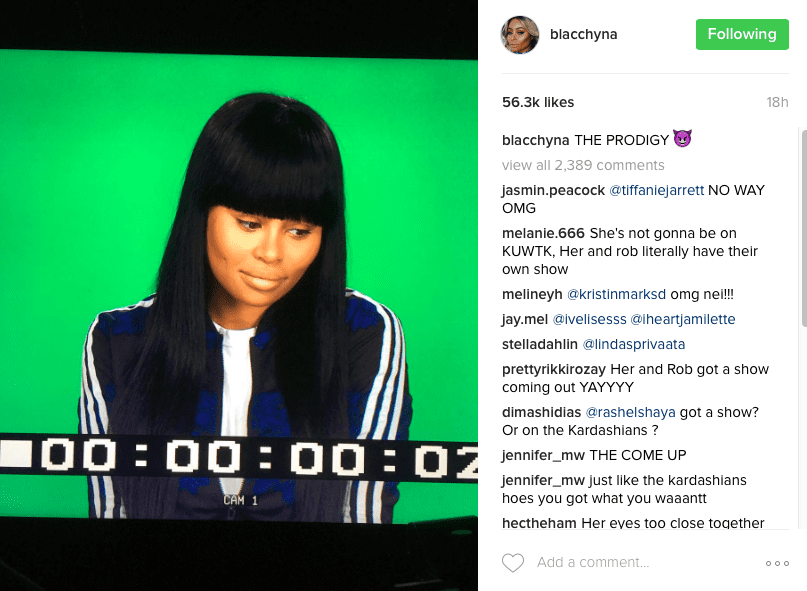 The celebrity couple’s pregnancy has drawn interest from various publications.

We’ve surveyed the photo agencies that market celeb baby pics, and they say the first pics will pull in a million bucks. There’s a G-string attached … Rob and Chyna will be part of the shoot, and the pics have to be intimate … a sappy interview, “candid” home photos with a sprinkle of Kardashian secrets. (TMZ)