Reality TV star Kim Kardashian and her family have $150 million to split up. New reports claim the Kardashian crew have landed the massive payout for a new TV deal.

According to reports, the three oldest Kardashian sisters will grab the majority of the payout.

Our sources say 50 – 60% of that 5-cycle deal will be split between the 3 oldest sisters — despite the fact lil sis Kylie Jenner has gained immense popularity and success since their last contract. Still, as one source put it, “It’s called ‘Keeping Up With the Kardashians'” — and that show has a formula that works: focusing on Kourtney, Khloe and, of course, the OG … Kim, who our network sources say still gets more than everyone else. (TMZ)

Earlier this month, Kim showed off her mommy duties with Saint and North West.

Kim recently shared a pic of herself clocking in time with Saint.

In a recent interview, Kardashian talked about her and Kanye West‘s spring wedding anniversary.

“We don’t do gifts,” she says when I ask her if she worries about her kids growing up with too much. “[Kanye and I] talk about it all the time, about not getting too much and trying to be as grounded and well rounded as possible.” She holds herself to the same standard. “I don’t like presents anymore,” she says. “We just did absolutely nothing [for our anniversary]. We spent two days in Santa Barbara, and we slept.” Then she remembers: “You know what? I think we went to IHOP. That’s what we did.” (ALLURE)

Recently, Kim shared a pic of Kanye putting in some serious daddy duties. 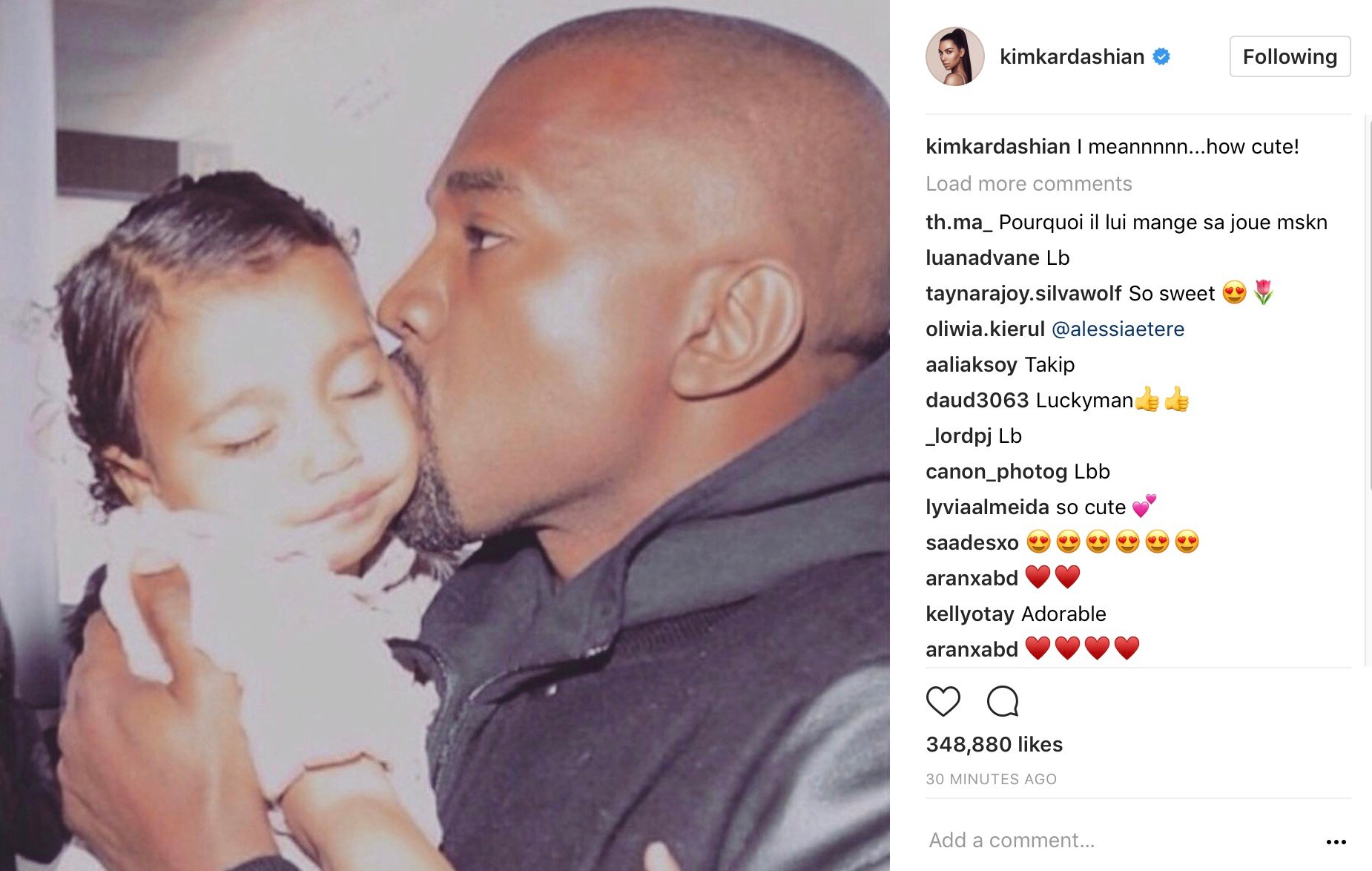