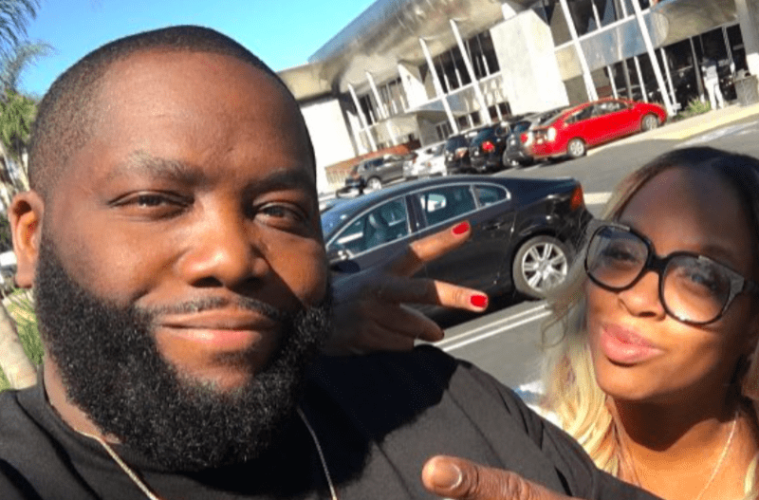 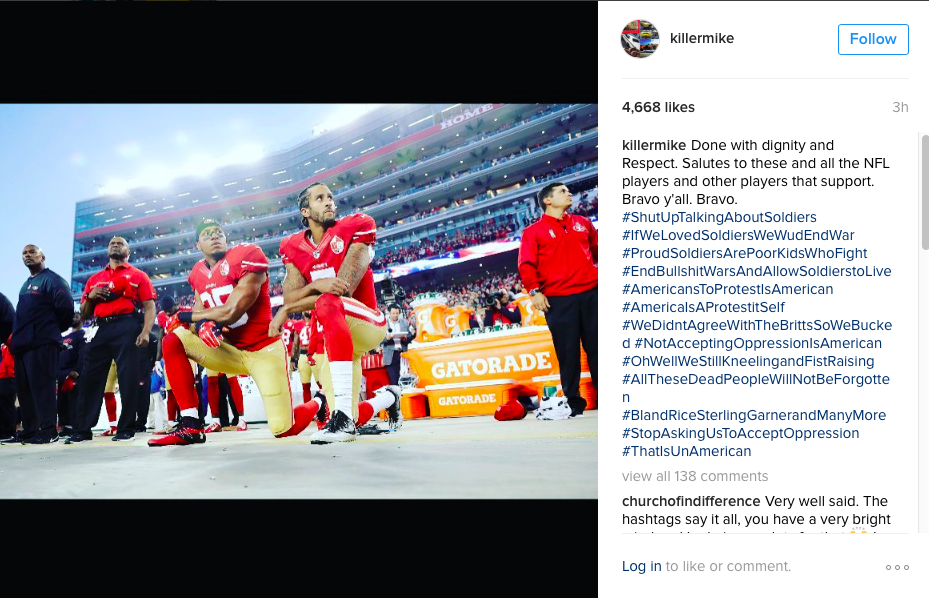 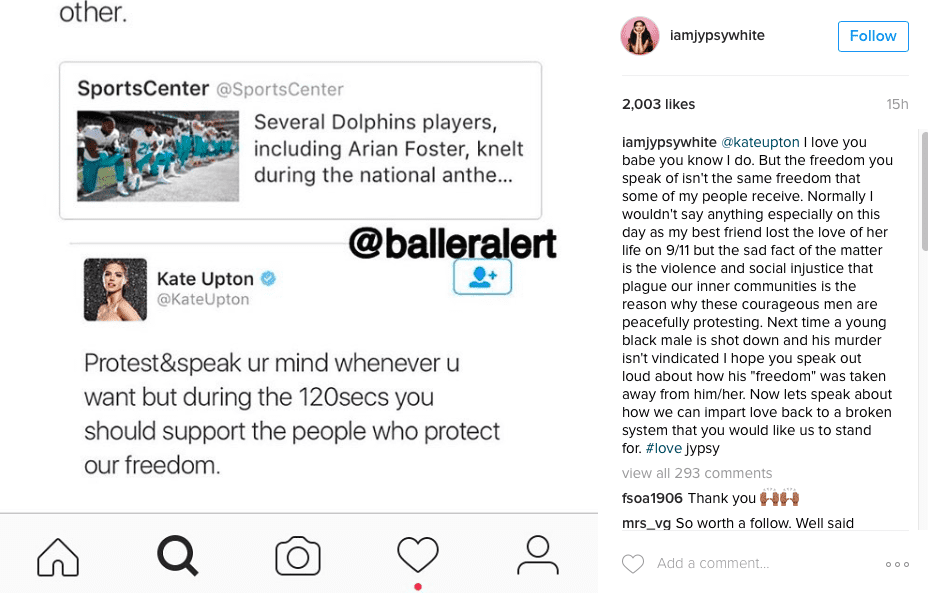 there was a pre game speech from our president commemorating those that lost their lives on that tragic day on 9/11. we stood for that.

don't put your hatred in our hearts. I love this country. don't let the love for a symbol overrule the love for your fellow human.

Upton went to social media Sunday (September 11) to unleash her feelings on handfuls of televised demonstrations. 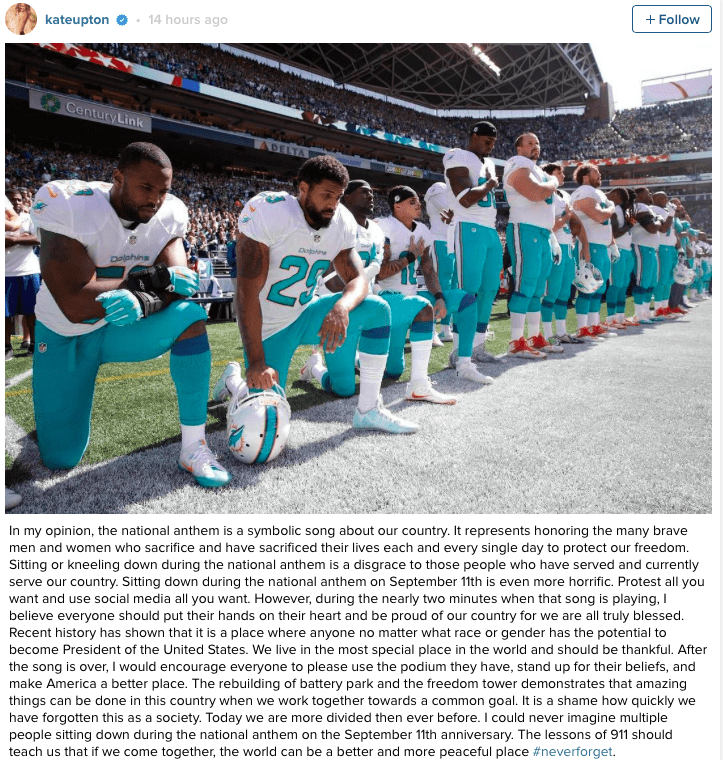 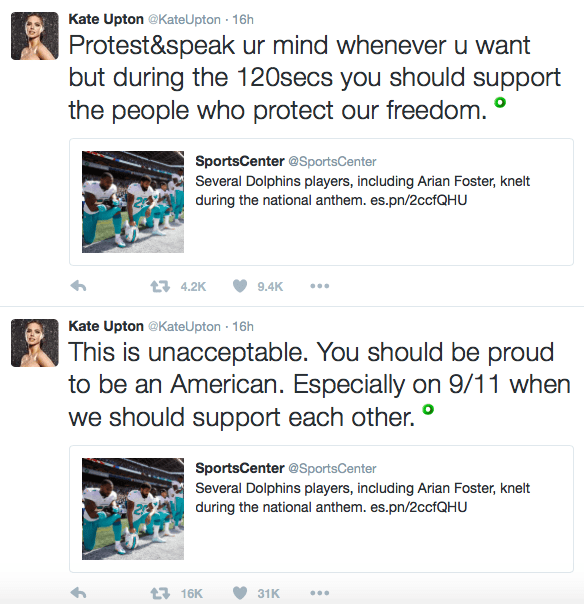 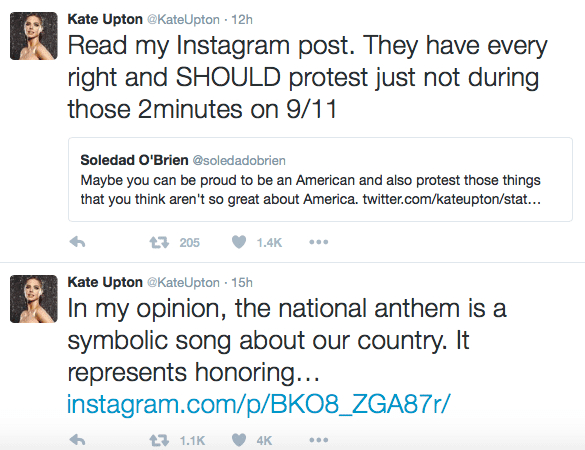 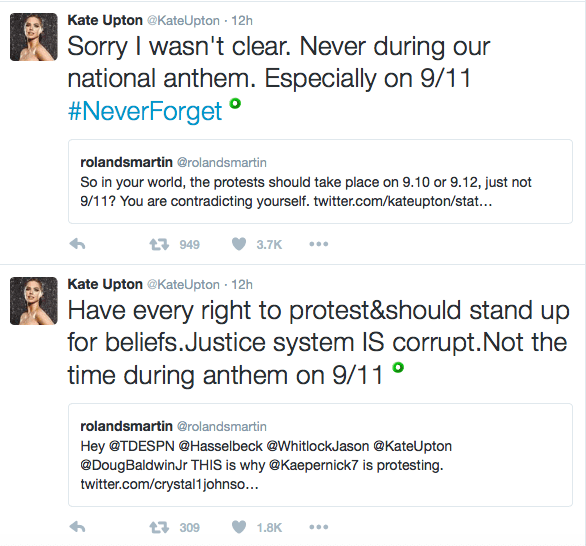