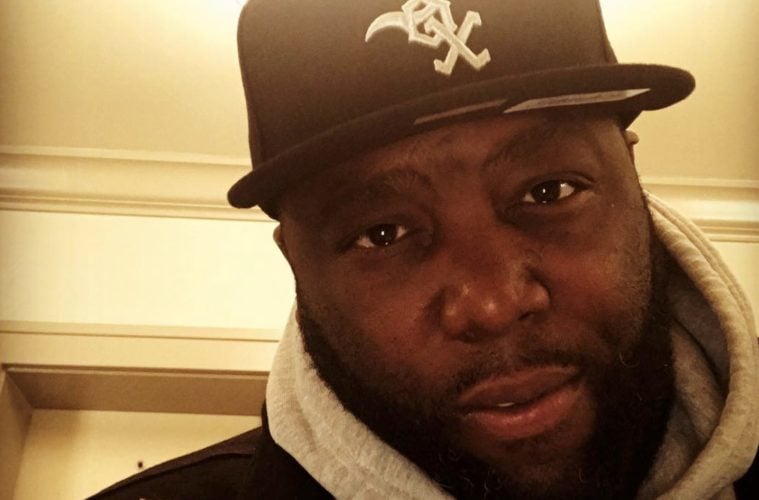 Killer Mike Understands What Kanye West Means: “The 13th Amendment Needs To Be Amended To End Slavery For Real”

Atlanta rapper Killer Mike knows exactly where Kanye West’s heart is. The hip-hop veteran has co-signed Ye on his frustrations toward the United States’ 13th Amendment.

People like @treyzis who been rocking with me and my song #Reagan about #RonaldReagan and the US drug was aka Slavery understand what brother Ye was trying to say. I encourage all to Play the record (My Shit #RapMusic) and watch the documentary 13th (Next Flix). I don’t care what any one wears anymore as I’m an old activist now. That’s not my fight. I care about Public policy and how we can make sure they honor our rights (god given and constitutional). I care that we progress for real and not symbolically. I care about Economics and our community controlling ours in new fields like Marijuana, trades and Tech. Glad y’all missing me with that “what do ya think about” shit. I only wanna talk/walk/be about getting this shit fair for us to compete for real and the 13th amendment needs to be amended to end slavery for real. Your sons (black/worker class/ poor people) are one non violent felony away from being on a USP plantation. Love and Respect to y’all. #KillYourMasters

Yesterday, Kanye stepped forward to further explain why the 13th Amendment should be changed and not abolished.

Prior to Kanye clarifying his remarks, Marvel Studios’ Chris Evans went off on the rap star.

Writer Yashar Ali publicly tried to make sense out of Kanye’s issues with the 13th Amendment.

SNL musical guest @kanyewest says the 13th amendment, which abolished slavery, should be repealed. Yes, the 13th amendment also allowed for prisoners to be used as slave labor but he doesn’t articulate that in his tweet leaving people confused and others delighted. pic.twitter.com/aiEPVH4up2

Earlier in the day, Kanye talked about his problem with the 13th Amendment.

this represents good and America becoming whole again.  We will no longer outsource to other countries. We build factories here in America and create jobs.  We will provide jobs for all who are free from prisons as we abolish the 13th amendment. Message sent with love pic.twitter.com/a15WqI8zgu

not abolish but. let’s amend the 13th amendment

We apply everyone’s opinions to our platform