After filing for divorce in December 2013, Khloé and Lamar have agreed to dismiss the legal paperwork.

Khloe’s lawyer Laura Wasser went before a judge Wednesday morning, asking a judge to withdraw the papers they both signed to end their marriage. The file was sitting in a pile waiting to be processed and signed by a judge. The judge granted Wasser’s request and the file is now dead. (TMZ)

Khloé publicly thanked fans for their support during the hospitalization yesterday (October 20). 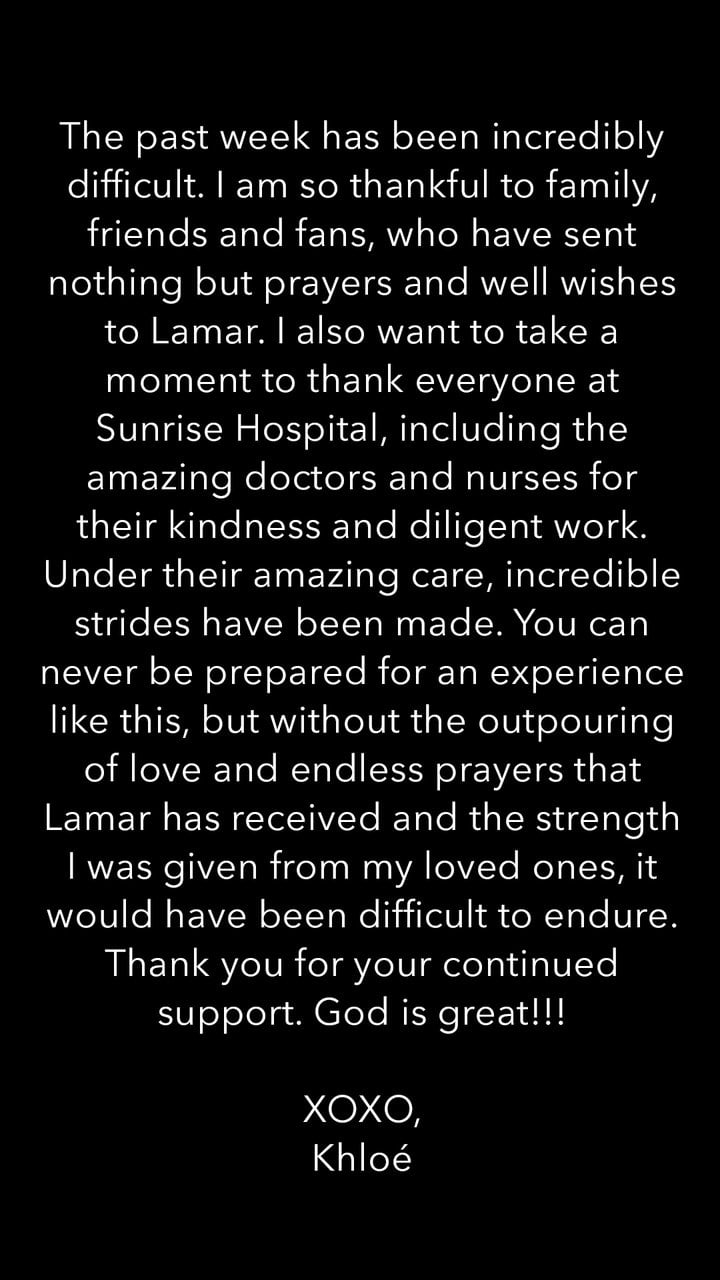 Recent reports claimed Khloé would remain by Lamar’s side through his recovery.

Doctors are telling Lamar’s friends and family rehabilitation will take many months, and they believe an undetermined amount of damage to his body will be permanent. We’re told Lamar will have physical, speech, and other therapists working with him for the foreseeable future. As for Khloe, our sources say she has vowed to stay with him through the entire ordeal … and that includes all therapy. (TMZ)