Khloé shouted out KimYe on her Instagram page and dished on how real their love is Wednesday (May 25). 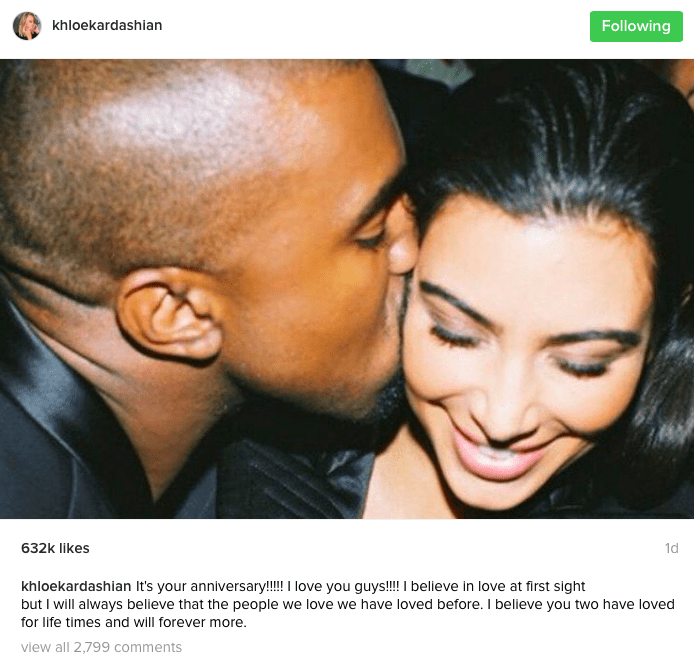 Kim K celebrated her two-year marriage to Yeezy on Instagram Tuesday (May 24). 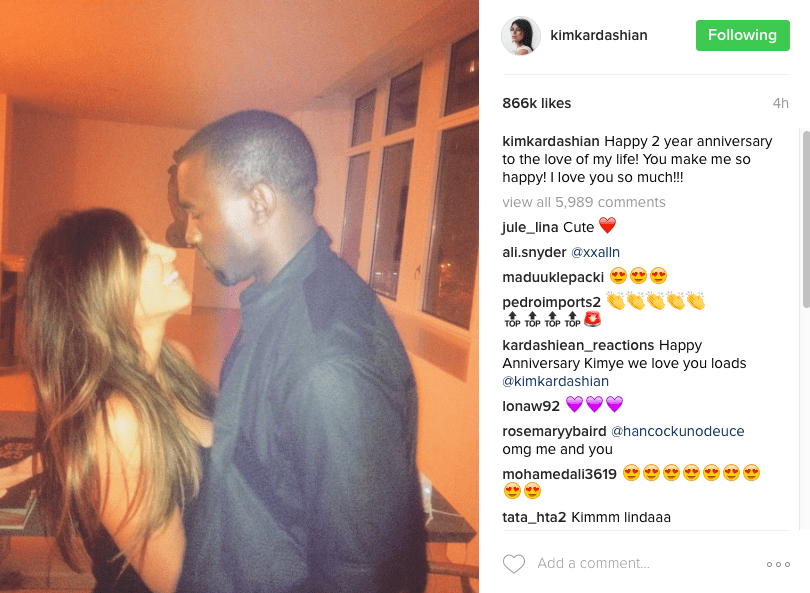 Last week, Kim showed off a big pregnancy scare aboard a plane on Snapchat.

“I’m legit in the airplane bathroom; gonna take a pregnancy test because I’m having a little bit of a scare,” she said. “So no big deal.” Shortly afterward, she revealed in a photo that — drumroll — the test had come back negative. (New York Daily News)

#KimKardashian documents her pregnancy scare on #snapchat – what do you think they'd name the third baby?

A few weeks ago, Kim K spoke out on the possibility of having a third child with Kanye.

“I’ve definitely had my fair share of, like, dramatic relationships,” Kim explained in the footage. “Honestly, this is like the most calm (relationship) and it’s like, nope, we’re still together. We’re happy. There’s just nothing to really report on. … My husband might be trying for a third child, but I am not. … If it happened, it happened. But I don’t think we’re trying, so maybe it (gossip) is not true.” (WENN)