Reality TV star Khloé Kardashian is firing back at her digital enemies. The curvy “Keeping Up With the Kardashians” star has thrown some shade at anyone coming at her following a recent rumored split from NBA boyfriend Tristan Thompson.

KK took a direct swing Saturday (November 12) at critics by tagging her booty with the Cleveland Cavaliers’ Instagram account. 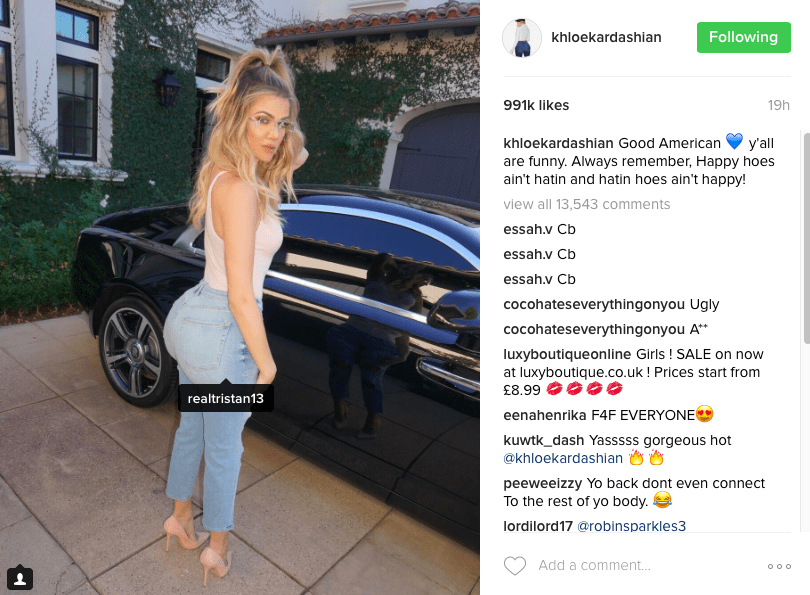 A few days ago, rumors developed about Khloé and Tristan calling it quits.

According to Media Take Out, Thompson broke it off with Kardashian because he couldn’t take the constant ribbing from his teammates who’ve taken to calling him “Kardashian.” Sounds like a pretty weak reason to break up with someone, but it’s possible there’s more to this. Another rumor from a couple weeks back said that LeBron James was not keen on Thompson dating Kardashian because he was afraid it would be a distraction for the team. (Maxim)

Last month, Khloé showed off a coupled up pic alongside Thompson.

Back in September, footage surfaced of KK and TT getting cozied up.