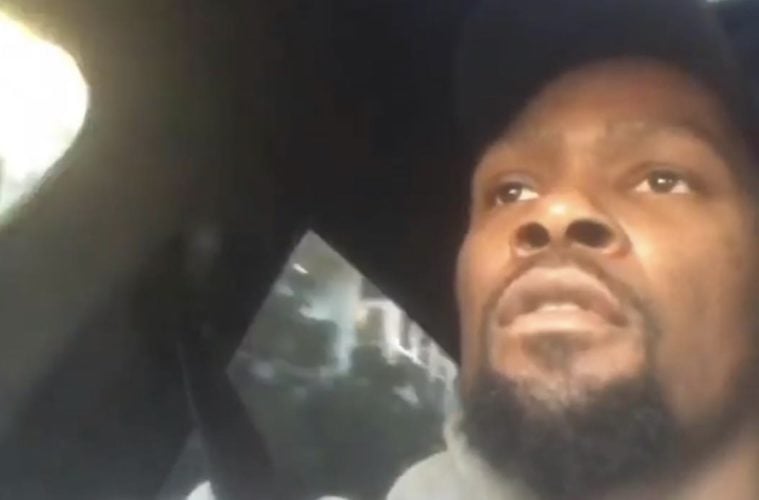 Golden State Warriors’ Kevin Durant is using “Diplomatic Immunity” to get game-ready. The NBA champion has treated fans to footage of himself driving around and mouthing Drake’s hard-hitting banger.

KD went to his Instagram Story this week to share the dope footage. Durant also explained why he had to give “Diplomatic Immunity” the edge over fan-favorite “God’s Plan.”

According to social media buzz, Drake filmed his “God’s Plan” single this week at a Miami high school.

@champagnepapi , THE Drake, came to my job today and filmed his music video for “God’s Plan”. So happy to have been so close to him. It’s a once in a lifetime chance to be so close to one of your top favorite rappers. His guards pulled me out of the student mosh pit and then he asked “You good?” Yes Drake, I’m good 😍 Said to take a selfie with him and JUST when we were about to take one most pit began again and no selfie 🙁 Drake you owe me a selfie!!!! 😍❤️ He’s pretty patient and sweet to have done this for our school. Wish I could’ve talked to him a bit. Very appreciative to him for the donation to our school! #drake #champagnepapi #champagnemami #6god

In late January, Drake reacted to “God’s Plan” smashing its competition on the Billboard Hot 100 chart.

Drake's "God's Plan" is now eligible for Platinum in the US.