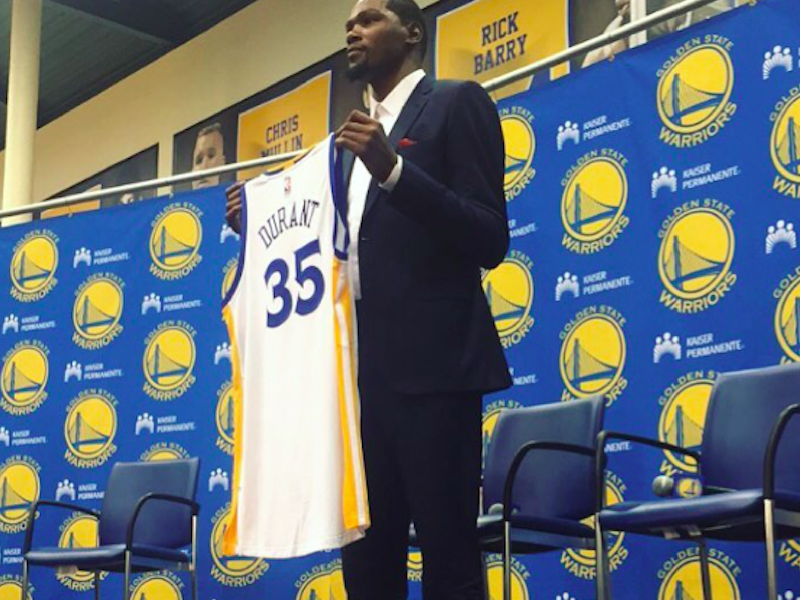 NBA superstar Kevin Durant has finally made his move to the Golden State Warriors official by signing a two-year contract with the reigning Western Conference champions.

KD appeared at a press conference Thursday (July 7) and said he planned to stay with the Warriors for the long-term.

After his introductory press conference on Thursday, Durant told reporters that he has no interest in going through the free agency process again. It makes financial sense for Durant to wait until he’s a 10-year veteran to sign a full, five-year maximum contract. The salary cap is also expected to rise again next summer. (CBS Sports)

The Warriors Instagram page filled up with pics of Durant’s press conference.

Is it October yet? #DubNation

A few days ago, R&B singer Tank addressed the backlash KD received over joining the Warriors. 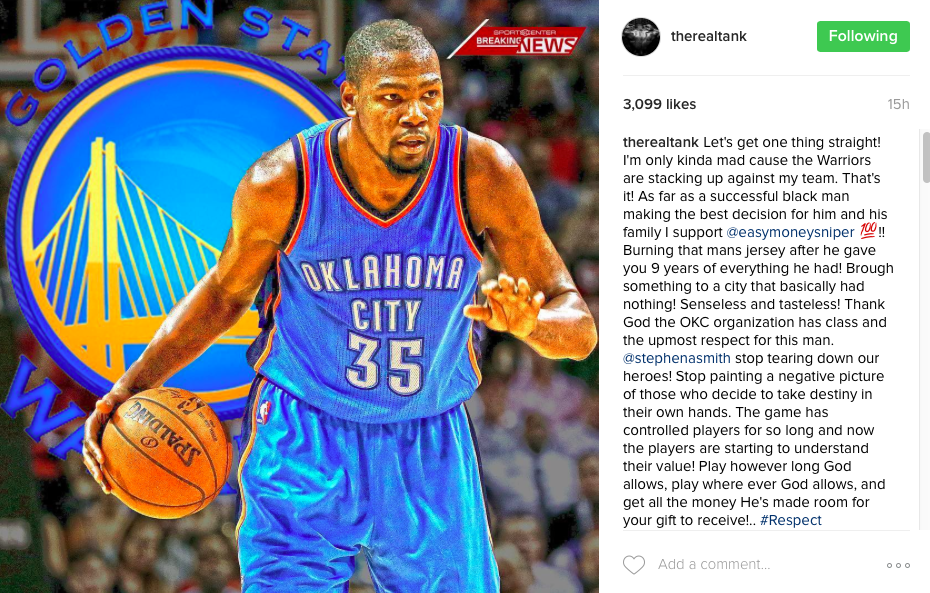 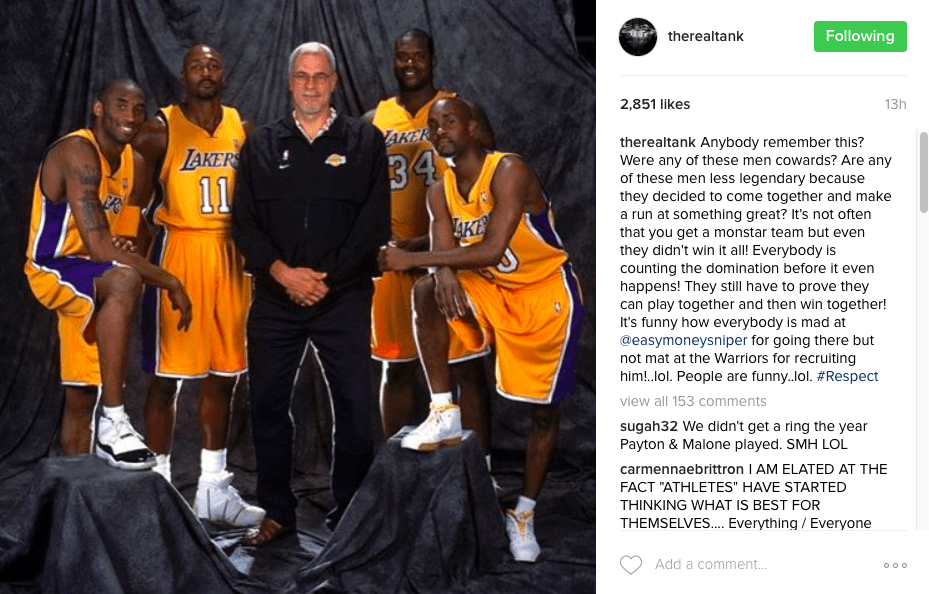 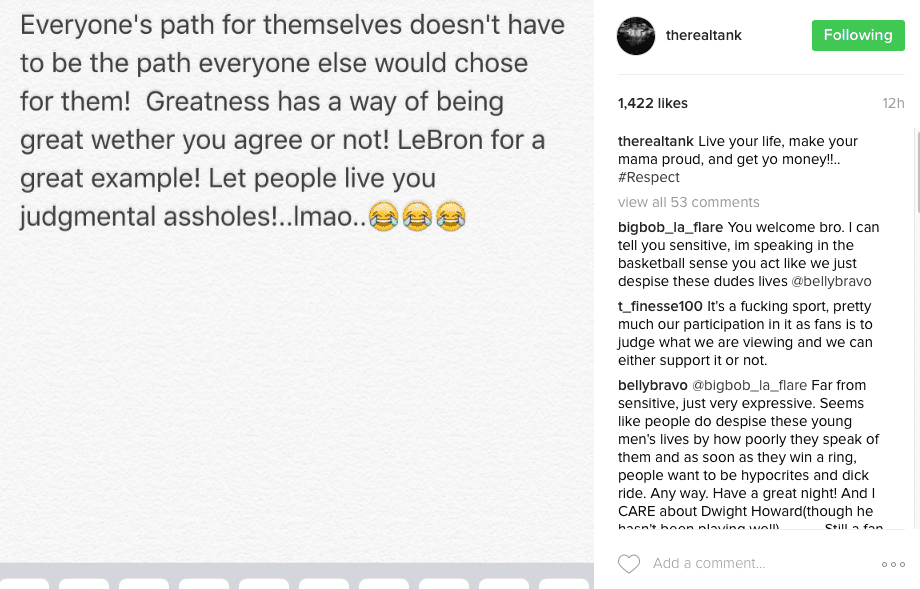 This week, hip-hop artists G-Eazy, E-40 and Wale have all reacted to KD’s jaw-dropping power move. 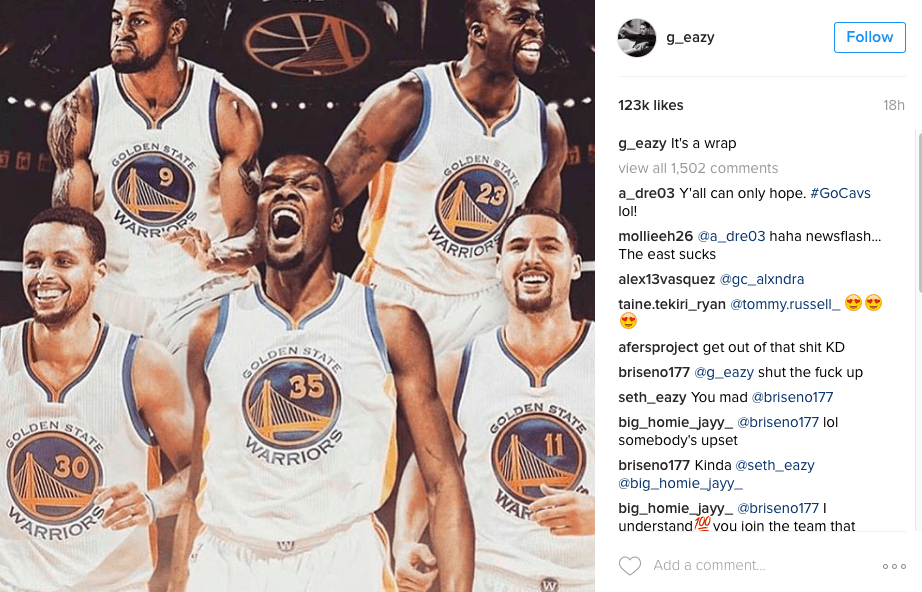 #mood Welcome to the Bay where the players play @easymoneysniper 👌🏿👍🏿💯