Although brief with his words, KD recently admitted he did not want media or fans to get an early look at his new ink job.

“Aw, man, you weren’t supposed to see that,” Durant said, sheepishly, as if he had hoped to keep the image hidden under tights and socks, or planned a grand unveiling at a later date. The next day, however, Durant left the tattoo exposed for anyone to see and even offered an explanation for how Shakur’s lyrics helped inspire the body art, even if the Notorious B.I.G. was his all-time favorite rapper. (Yahoo! Sports)

Durant is a huge Pac fan, I just learned. Biggie is his favorite but he is supremely impressed with Pac's mind at such a young age 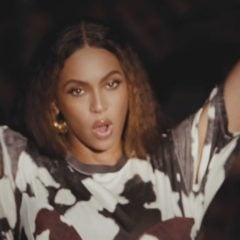