Grammy-winning rapper Kendrick Lamar‘s To Pimp a Butterfly is reportedly set to topple the sales chart next week with sales up to 375,000 copies.

Based on one-day estimates, K. Dot’s new LP will easily debut atop the sales chart next week.

Physical copies of Kendrick Lamar’s How to Pimp a Butterfly are just now arriving in many stores, making today’s projections somewhat tenuous; those projections are likely to grow throughout the week. Here are this week’s key debuts, with both Sales Plus Streaming (SPS) numbers first, followed by albums:

Check out all of the praise K. Dot’s album has received on the next page…

U put together a helluva movie my maaaan… @Kendricklamar #Congrats #ToPimpAButterfly

Kendrick wins because there's no fear. Of man or the machine. This is how you truly strive for greatness.

boy this @kendricklamar album is seriouss. if you havent checked it please do. wow my dude kilt this joint

Just getting into it but WOW. That boy @kendricklamar!!!! 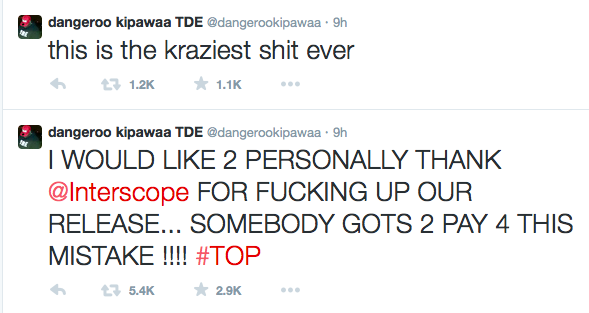