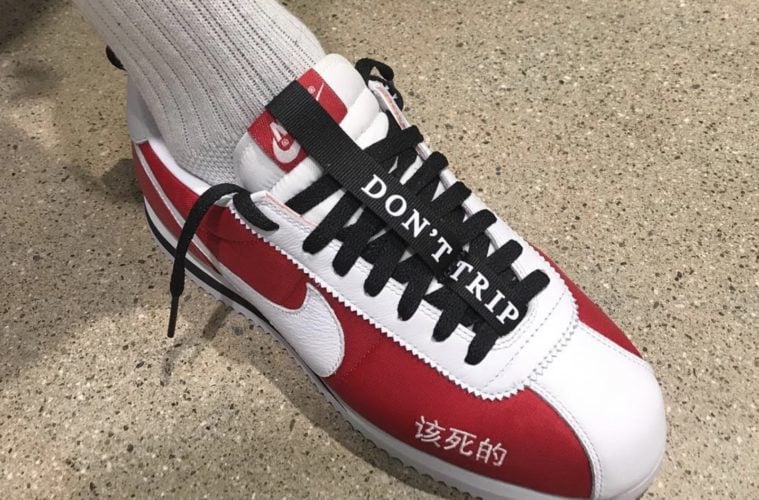 K. Dot went to Instagram this week and gassed fans up with an exclusive Nike unveiling.

Sneaker media outlets have already started to speculate on what the IG post could mean.

Since Kendrick Lamar left Reebok to sign a new endorsement deal with Nike, it’s been assumed that he’ll release a collaborative version of the Cortez, a classic Nike runner with West Coast connections that the brand is celebrating in 2017. The sneaker, shown above, is a Cortez in red and white with a “Don’t Trip” tab across the laces and Chinese writing at the toe that translates to “Damn,” no doubt a reference to Lamar’s album of the same name. The original Instagram post of the sneaker doesn’t explicitly label it as a collaboration that’s releasing at retail, so it’s possible this is an exclusive or some sort of custom design. (Sole Collector)

Back in October, the Internet lost it when some initial Kendrick Nike shoe sample pictures leaked online.

The shoe features a beautiful blood red shade throughout the body and is built from suede, nylon and leather materials. Lamar’s initials are neatly stitched into the heels. These kicks are some real suave heaters and even feature some nice little details, like TDE lace-locks and “DAMN.” stitched onto the tongue tabs. (Mass Appeal)